No clear successor yet in green alternatives to gasoline 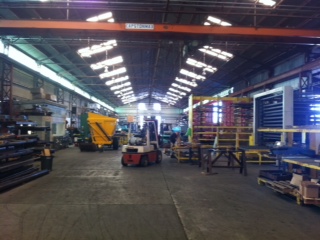 Buying fuel-efficient cars, which tend to be more expensive than conventional cars, is a difficult decision for the everyday consumer. But making green choices is even more complicated for business owners in the Central Valley.

Adopting fuel-efficient vehicles is better for the environment and air quality, but making such a leap can be an economic challenge in the Central Valley, home to many industrial and agriculture operations. Businesses must manage large fleets of vehicles that would be burdensome to replace en masse.

Some owners think they have the solution in an improved older technology – diesel fuel. Bob Cain, the president of Harris Manufacturing, a steel fabrication plant in southeast Fresno, manages deliveries of complex steel structures daily. With around $6 million in sales per year, shipping is an essential component of the business – which means lots of fuel usage. While fuel costs are not overtly disrupting his budget, he said, he plans to switch to diesel, which he thinks is the best option for businesses that rely on product delivery.

“Looking at it purely from an economic standpoint, diesel vehicles will cost $8,000 more, but they are also getting double the gas mileage,” Cain said. “If it’s going to go 200,000 miles that will save a tremendous amount of fuel.”

“When we go to replace these we will be replacing them with diesel, definitely,” he said of his fleet.

Some advocates suggest that replacing existing gasoline fleets with greener technology isn’t the answer to better air quality at all.

Janelle Schneider, a public information officer with the San Joaquin Valley Air Pollution Control District, said that when businesses struggle with how to reduce their carbon footprint she points them in the direction of alternatives that do not involve newer vehicles.

For example, she said they should first focus on services that encourage their employees to drive less, such as having an order-in lunch or other on-site services like selling stamps or using direct deposit for payroll.

“All of these reduce the employees’ need to run around in their car everyday,” she said. “It doesn’t have to involve buying a fleet of hybrids, it can be very small, feasible changes that don’t cost the business money.”

Some cities are turning to compressed natural gas as the best solution. One example is the city of Clovis, which has 19 such vehicles in its fleet, which includes garbage trucks, street sweepers and pickup trucks, according to public utilities director Mike Leonardo.

Going the natural gas route is attractive for larger cities and businesses as some, like Clovis, have a refueling station that they manage. California especially has been quick to adopt this – it leads the nation in the number of refueling facilities at 186, according to CNG Now, a compressed natural gas advocacy group.

California’s Energy Commission invests $100 million annually in alternative and renewable fuels as authorized by AB 118, which was passed in 2007. The 2010/2011 Investment Plan calls for the largest expenditures to go towards electric vehicle technology and natural gas – $24 million and $22 million, respectively.

While there is no clear-cut leader to overtake gasoline, businesses will continue to seek the best alternative that saves money and also can persuade an increasingly green-conscious public that businesses are doing their part.

No clear successor yet in green alternatives to gasoline