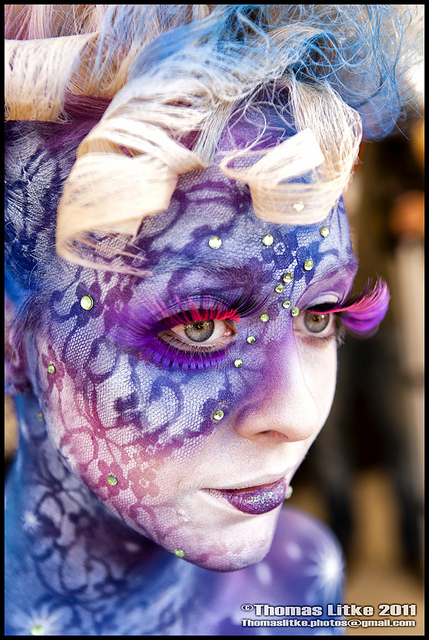 California’s tattoo and piercing parlors may face statewide health regulations by July of next year.

Assemblywoman Fiona Ma, D-San Francisco, is an anti-hepatitis B activist in her district, heading up the city’s “Hep B Free” campaign. She suffers from hepatitis B, and her family and the wider Asian American community suffer disproportionately from hepatitis B as well as liver cancer, which can result from untreated hepatitis B.

Ma’s stake in hepatitis prevention has propelled her legislative effort to stop the spread of hepatitis and other blood-borne diseases at tattoo and piercing shops. That her younger sister sports a variety of piercings and tattoos has also raised Ma’s awareness.

With support from assemblymembers Tom Ammiano, D-San Francisco, and Elaine Alquist, D-Santa Clara, Ma is pushing a bill (AB 300) to require body artists to register with the state and adhere to procedures to prevent infection. The bill’s allies claim that current regulation is inconsistent or missing between the counties.

The bill has bipartisan support in both legislative houses. Before becoming law, it must be approved on the Senate floor, and signed by the governor.

No opponents are on file. The nationwide piercing and tattoo industry associations, as well as several county public health agencies, support the bill.

Richard Lee directs environmental health regulation in San Francisco City and County. “There are only a few counties that regulate tattoo parlors,” he said in an interview. This bill would force standards “so everyone’s consistent.”

There is no statewide registry for tattoo and piercing shops. Preparing the bill, aides to Assemblywoman Ma had to resort to the yellow pages to track down body art businesses in California.

For Ma’s hometown, the enforcement agency would be the Department of Public Health for San Francisco City and County.

The policy would require registrants to attest that they are at least 18 years old; have been vaccinated for hepatitis B; understand the regulation; and have completed training in blood-borne pathogens, CPR and first aid.
Specific hygiene procedures would include best management practices for instruments: razors, needles, grommets etc.

Under the bill, inspectors would have access to establishments during open hours and “other reasonable times.”

Body artists who interfere with inspection could be prosecuted, with misdemeanor charges leveled at permanent and temporary establishments operating without permission of the local enforcement agency.

The bill also applies to temporary and vehicular body art establishments—such as those set up at craft fairs and concerts.

Most of Assemblywoman Ma’s district lies in San Francisco City and County, where more than a third of the population is of Asian and/or Pacific Islander descent.

Hepatitis B-induced liver and bile duct cancer is a leading cause of death among Asian and Pacific Islander Americans. Nationwide, only three counties have higher rates than San Francisco, according to figures from the National Cancer Institute.

The Asian Pacific Islander community suffers disproportionately from the hepatitis B virus. One in ten Asian Americans is infected with hepatitis B, according to Ma’s office.

Many Asian countries do not routinely immunize for hepatitis B. Asian Americans with immigrant parents may be infected via mother-to-child transmission in the womb.

When she was 22, Assemblywoman Ma tried to donate blood. She learned then that she was living with chronic hepatitis B, inherited perinatally from her mother, who recently underwent surgery to remove liver cancer. Detected in time, the cancer has now subsided. Originally from China, her mother inherited hepatitis-B from her own mother, the Assemblywoman’s grandmother.

In her district, Ma heads up a citywide campaign to halt hepatitis B through screening and immunization. Ma’s openness and the campaign’s visibility counteract the stigma—in the Asian Pacific Islander community and elsewhere—surrounding the disease.

“I’m the poster child for the hep B campaign,” Ma said in an interview.

In 2009, for AB 517, Schwarzenegger penned in his veto message that he did not believe there was “a compelling need for additional legislation.” Counties, he said, have the option to enact suggested guidelines. That “many counties have chosen to do so” was enough for Schwarzenegger.

The next year, for AB 223, Schwarzenegger’s veto message was peppered with censure. “It is a common complaint within the business community that ‘overregulation’ is driving businesses out of California. Look no further than AB 223 for such an example.”

Since last year, authors have toned down the details of the bill’s language. Specifically, body artists would no longer be told precisely how to line their wastebaskets and wash their hands.

The bill would not inhibit new body art business or drive existing business out of state, Ma claimed in an interview. Instead, the proposed law would “make sure that the bad apples don’t ruin things for everyone else.”

Both industry associations have consistently supported Assemblywoman Ma’s body art legislation. The associations, he said, are “interested in sane and enforceable regulations.”

“I don’t know anybody against this,” he said in an interview. “We’re sending energy to Governor Brown to sign the legislation.”

So far the bill has sustained not a single no vote in the Legislature. According to Assemblywoman Ma’s office, the bill will reach the Senate floor following the summer recess. They expect it to land on the governor’s desk in late August.