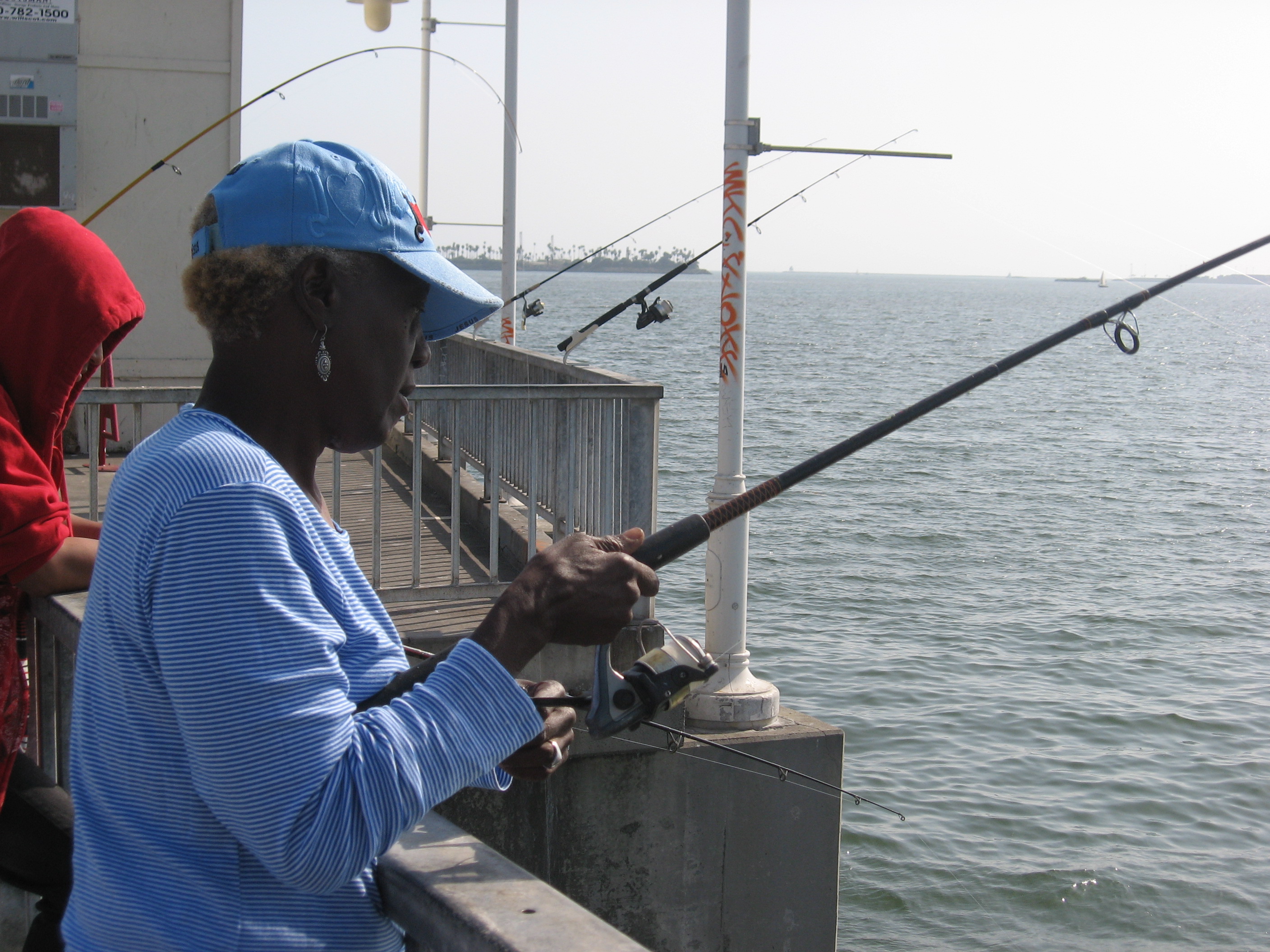 Gail Hookailo often takes her two young daughters to the playground next to Colorado Lagoon, which is nestled among a golf course and upscale homes on Long Beach’s eastern edge.

But with the lagoon consistently ranking among the beaches with the worst water quality in California, the family draws the line at actually getting in its cool, calm waters.

“I think it is a shame, because it would be a very convenient, sheltered location for kids to swim, but I’d never let kids swim there,” said Hookailo, a 37-year-old stay-at-home mom.

To see how your favorite beach measures up, go here.

Last month, the lagoon disappointed beach-goers and environmentalists yet again, finding itself with the dubious honor of being on Heal the Bay’s list of “top ten beach bummers” in its 2010-2011 Annual Beach Report Card. At the same time, water quality at all of Long Beach’s coastal testing sites dropped for the first time after three years of improvements.

To create the report card, Heal the Bay monitored the water quality at 600 locations along the West Coast – including California, Oregon and Washington – during the summer dry months of April to October, and at more than 324 locations year-round. Each beach location was issued a grade from A to F based on fecal bacteria pollution concentrations in the surf zone.

Entering waters that have increased bacteria concentrations has been associated with increased risks to human health, such as stomach flu, nausea, skin rashes, eye infections and respiratory illness, according to Heal the Bay.

In California, the Santa Monica-based non-profit group found that overall water quality along beaches was actually quite good. During the dry summer months, Heal the Bay gave 400 of 445 California beaches, or 90 percent of them, A or B grades, signifying “excellent” or “very good” water quality.Year-round dry weather grades were also considered to be good, with 88 percent of beaches receiving A or B grades. Southern California, from Santa Barbara County to San Diego County, scored slightly better than the state average during the summer months.

But that’s where the good news ends for beach-goers in Long Beach and Los Angeles County.

Four of California’s “top ten beach bummers,” those areas that scored an F for water quality, are in Los Angeles County, including the Colorado Lagoon.

The others are at Avalon Harbor Beach on Catalina Island, an hour away from Long Beach by ferry, and at Topanga State Beach in Malibu and the harbor side of Cabrillo Beach in San Pedro next to the Port of Los Angeles.

The report highlighted that beaches that are open to the water tend to have better water quality, while enclosed lagoons and bays, such as Colorado Lagoon and Cabrillo Beach, tend to have worse water quality because the contaminants get trapped in the waterways.

Though not as enclosed as Colorado Lagoon, most of Long Beach’s coastline suffers from this problem because of the Long Beach Breakwater, a 2.2-mile seawall that was completed in 1949 to protect the Navy fleet that was stationed there at the time and the Port of Long Beach.

The dismal report card doesn’t surprise many local environmentalists and coastal advocates, such as Robert Palmer, the beach cleanup coordinator for the Long Beach chapter of the Surfrider Foundation.

“It clearly shows that we’ve got a water quality problem,” Palmer said.

The poor grades mean that even Long Beach’s ocean-side beaches aren’t acceptable for Hookailo and her family, she said.

“I’ll see large families going down there to go swimming, and I just want to grab them and say, ‘Don’t do it,’” Hookailo said.

During wet weather in Long Beach, as in most other coastal locations that are near urban areas, water quality dips to an F grade because contaminants are washed into the waterways.

In Long Beach, that contamination typically flows down the Los Angeles River from dozens of upstream cities and is then trapped between the coast and the breakwater. Without fail, Long Beach health officials issue a health advisory after any significant rainfall, telling the public to avoid entering the water for 72 hours.

Long Beach city officials do have some solutions to Colorado Lagoon’s water quality and overall coastal water quality in the works, as Heal the Bay’s report notes.
The State Water Resources Control Board has granted the city $5.1 million to improve the lagoon, including dredging and removing sediment, installing pollution reduction devices and planting portions of the lagoon with native plants.

For years, environmentalists have advocated for a more extreme solution for the entire Long Beach coast’s pollution problems – removing or modifying the breakwater.

City officials have finally begun to take action, paying $100,000 in recent years for what’s called a “reconnaissance study” to determine whether there is a federal interest in altering the breakwater. What the study found, and what the U.S. Army Corps of Engineers agreed, was that the project is worth pursuing.

“If we got rid of the breakwater and brought the waves back, this would improve the water quality of the entire beach,” Palmer said.

Last year, the city of Long Beach and the Corps of Engineers signed a cost-sharing agreement for an $8.3 million study of whether modifying the breakwater or other measures could clean up the coastal water.

However, the future of the study is in question because federal officials have held back funding at least through September as the Corps of Engineers’ budget has been cut. The president’s proposed 2011-12 federal budget also doesn’t provide the needed funding.

The slow progress in fixing Long Beach’s water issues doesn’t surprise Elise McCaleb, Hookailo’s friend, who often takes her 3-year-old son to Colorado Lagoon as well – but not to play in the water.

“I think it’s a longer way out that they’ll actually improve the water quality,” McCaleb said.

In the meantime, children such as Hookailo’s older daughter, 8-year-old Azure Burks, will just have to enjoy the playground, frolic in the grass or even run across the sandy beach, yet steer clear of Colorado Lagoon’s beautiful but dangerous waters.

“I’d like to be able to swim here,” Azure said. “It’s a really pretty place.”