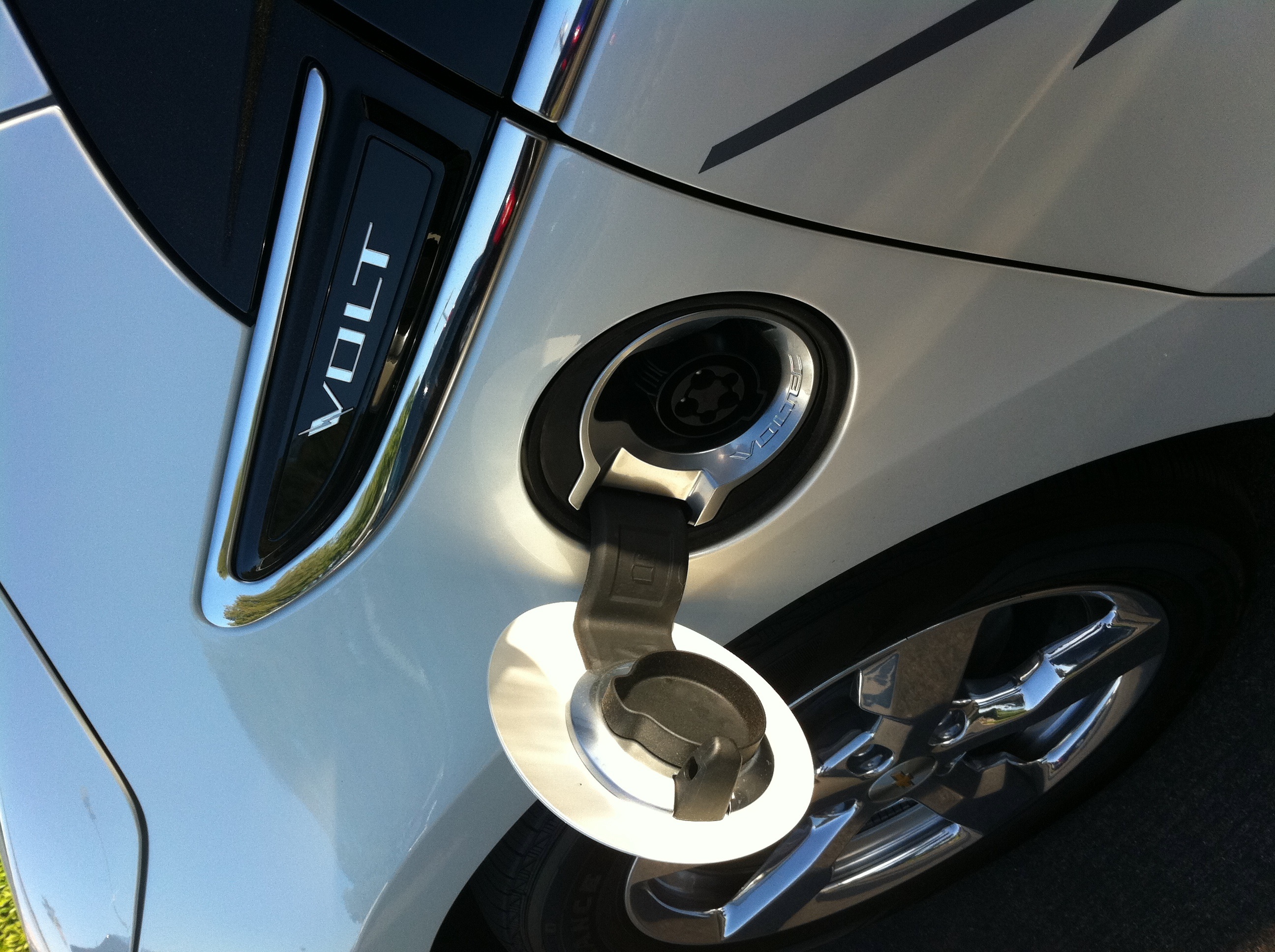 And several cars with green technology have recently hit the market. There are hybrids, electric cars, compressed natural gas, and extended range and diesel vehicles – as well as a maze of tax incentives and special programs for consumers willing to test the new technology.

Debra Turner, a representative with the air district in Fresno, said the Valley still struggles with air quality, despite the growing familiarity with some fuel-efficient cars.

Consumers in the area no longer find cars like the gas-electric Prius exotic. But encouraging purchases of newer technology is still an ongoing effort, Turner said. Incentives for buyers willing to take the leap into unfamiliar technology include a $3,000 rebate for buyers of the Nissan LEAF – a 100 percent electric vehicle.

“The incentive is designed to get the consumer on board with those products, and once they get popular, they don’t need to offer them anymore,” Turner said.

The website breaks down the difference between green technologies, calculates savings and locates state and federal tax incentives or grants. “There are no other sources for similar types of information,” Stanich said.

There is also an in-depth description of the Environmental Performance sticker, which is now required on each new vehicles sold in California. Every car is also rated with a global warming and smog score to show potential buyers how the car affects the environment.

While many of the cars listed on the site offer substantial gas-mileage savings, some really excel thanks to new technology.

The Chevrolet Volt, for instance, is an extended-range electric car that can be charged overnight, yet also runs on gas for longer trips. Its EPA rating is 95 miles per gallon thanks to a combination of a gas engine and lithium-ion battery – making it the most fuel-efficient car on the market. Owners can recharge the battery just like any other appliance. Just plug it into an electrical outlet and let it charge for about eight hours for a full battery.

Chad Snapp, a salesperson with Hedrick’s Chevrolet dealership in Clovis, sold the first Volt in the Valley early this year, and continues to see lots of interest. While its expense holds some consumers back (it starts at around $32,000) others consider the potential gas cost savings a worthy investment. The Volt can go about 35 miles without using any gasoline, so those who have shorter commutes or live in a city with short trips could use little to no fuel.

Nissan’s LEAF, the 100 percent electric vehicle, is for those that want to ditch the gas pump altogether. The mileage estimation is only about 100 per day. This is fine if you have a short commute and can identify a charging station – but the central valley, like most of California, is short on those. According to EV Charger News, a site that tracks the location of re-charging stations in the state, there are just over 600 sites in all of California, but only two in Fresno.

J.J. Jackson, the Internet/Fleet manager at Lithia Nissan in Fresno, said this shortage of charging stations as well as a severely restricted supply caused by the Japanese tsunami have made it difficult for Fresno buyers to latch on. His dealership does not even have its own model to let buyers test drive.

“There’s skepticism, and anything that is new, there is a difficult transition,” Jackson said. “That has created some reservation.”

“The technology surrounded by hybrids has generally eased the concern from the public in regards to their willingness to accept change. People are seeing they will be a viable segment in the market and have warmed up to entertaining it,” he said.

While one of only a handful in the valley, the Fresno Nissan dealership’s public charging station is impressive in how quickly it can re-charge an electric car. Unlike a conventional electrical outlet, it will re-charge a vehicle in only about 30 minutes.

For those who want to save fuel costs yet don’t want to risk the edgiest technology there has been one go-to choice: the Toyota Prius. The United States is the third-largest market, with one million Prii sold by April 2011, according to Toyota’s sales figures. At a local dealership in Clovis the sales staff indicated that many customers come in asking about the car and taking it for daily test-drives. While the car is not sold out, sales are “brisk” and it remains one of the most popular options.

There are indications of further interest in these vehicles, as a survey released late last year form The Nielsen company found that the majority of consumers are interested in an electric vehicle. They are held back, however, by the sticker shock—65 percent of those surveyed did not want to pay more for electric cars.

Turner, the San Joaquin Valley Air Pollution Control District representative, said buying habits are going to have to change to make a further dent in the area’s pollution.

“It’s going to take a change like that to get people to drive pollution friendly cars,” she said. “Especially in the southern valley people, like their trucks and they like them big.”

In part two, HealthyCal looks at businesses that have adopted more fuel-efficient vehicles and encouraged their employees to do so.