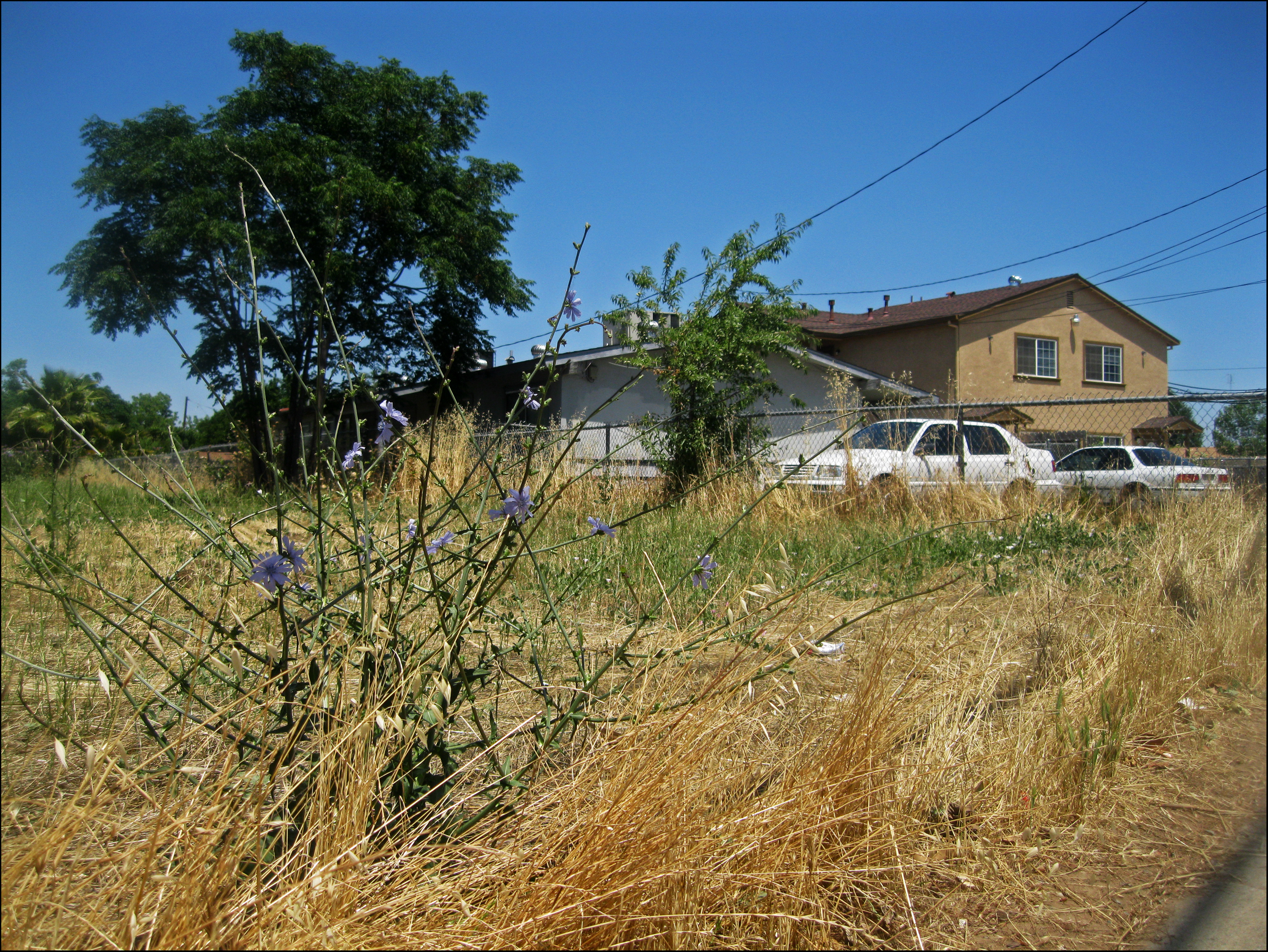 Last year, the Merced City fire department colored in maps by hand to identify potential fire hazards from owners who don’t clear their property of weeds during the dry season. This year, the department is putting away the colored pencils and starting to gather GIS data. The city of Merced is joining counties across California that use GIS to track properties that don’t meet weed abatement requirements. The maps let fire departments get a jumpstart on intervention when owners don’t act to protect property from the ever-present threat of summer wildfires.

But the shift to GIS mapping doesn’t mean that all fire-prevention has gone high-tech. Counties continue to use tactics from homeowner education to dispatching herds of munching goats to tamp down fire risk through weed abatement.

Weed abatement is an annual maintenance requirement on many properties in fire-prone areas, to protect homes – and the neighboring area – by removing dry vegetation. Even though fires can start in any season, the summer is a particular concern to fire officials because the leaves, needles, dead grass and weeds become dry enough to burn.

California saw 13,088 reported natural vegetation fires in 2010, according to the Office of the State fire Marshal’s California All Incident Reporting System. The Merced County Fire Department responded to 891 vegetation fires last year. Merced City Fire Department responded to 56, including one near the wastewater treatment plant that burned 260 acres, and was caused by sparks from an electrical transformer that ignited overgrown dry grass and thistle.

The maps are more sophisticated, and so is the database that keeps track of non-compliant owners. The department used to find ownership information by turning to multiple databases. Now data specific to weed abatement compliance is in the GIS program, and when fire inspectors are out in the field, they can quickly look it up.

Oftentimes citizen complaints identify offenders. Staiger had to drive around the city herself to confirm the complaints. She’d write each confirmed violator’s address on a piece of paper. Then she’d come back into the office and look it up on the parcel map, to see if the owners were already notified.

The shift to GIS has made for a huge leap in efficiency, Staiger said, describing a called-in complaint about weeds she got a few days ago. She didn’t have to leave the office to check it out before taking action. “I asked ‘what is your address let’s look it up real quick,’ I was able to see it on the map.”

In addition to identifying parcels and sending out first and second notices to property owners more quickly, Staiger said that they now they are able to track repeat offenders, those who don’t usually maintain their property or clean it up after they are notified, and the locations of troublesome areas.

Repeat offenders, Staiger said, are targeted first for abatement efforts. Owners who don’t clean up their property are charged for the cost of cleaning and a $605 administrative fee.

“We can now keep that data,” Staiger said of the simple but very important advantages mapping provides. “Before you couldn’t do anything with the information (after) you typed it into the computer. It would print out an abatement notice and then it was gone.”

The department only has about $18,000 for its cleanup efforts, half of what they had last year because of budget cuts, so they started the inspection program later in the year to give property owners more time to clear their weeds before they clear the properties themselves.

While Staiger and Thrasher are new to mapping weed abatement, other cities and counties throughout the state have used GIS for years.

Mapping has helped field operations in the location, identification and property boundaries of declared parcel with hazards, said Dan Papilli, Deputy Agricultural Commissioner for the Los Angeles County. He said community residents benefit from the mapping tools as well, because they show the precise areas that need to be cleaned up.

“We are able to provide residents with aerial images with overlaying assessor parcel boundaries and showing required clearance areas,” Papilli wrote in an email.

The city of Roseville, near Sacramento, also uses mapping for weed abatement, said Rob Arnett, Senior Fire Inspector. Although he’s happy with the results, he said GIS does have its limitations.

“Nothing takes the place of a firsthand visit,” he said. “The mapping program is very helpful but the (satellite) imagery is usually several months old.”

Other agencies in the state prefer old-fashioned education year-round, so that when the dry season starts, there will be fewer properties to identify. FireSafe Marin, for instance, improves awareness by educating agencies and homeowners on proper vegetation maintenance.

The non-profit organization has created a fire preparedness monthly planner for residents, a fire prevention guide available for schoolchildren and has been instrumental in coordinating vegetation reduction projects around the Marin County area.

Hilly cities such as Los Angeles and Oakland have used more down-to-earth approaches to help prevent fires by using goats to clear brush, a concept that some are trying to bring to the Central Valley.

Goats are quickly becoming a popular tool since the animals are small, easy to handle, do not make as much impact as cattle would, and also will eat a lot of vegetation that other livestock normally won’t, like brush and other weedy species, said Theresa Becchetti, Farm Advisor for the Stanislaus and San Joaquin Counties UC Cooperative Extension.

But despite the technology and education in fire prevention, Staiger and others still have to clean up what property owners and goats don’t to prevent a the very real threat of wildfires.

In the city of Merced, Staiger has already sent out 2,600 first notices to landlords. The properties that need a second notice will be identified soon. Then she’ll assign contractors to clean up the fire hazards before Fourth of July fireworks.

“It’s not our property and it’s actually not our obligation to do this,” she said. “We do it because we try to save lives and property.”