Controversy over land use continues behind the scenes 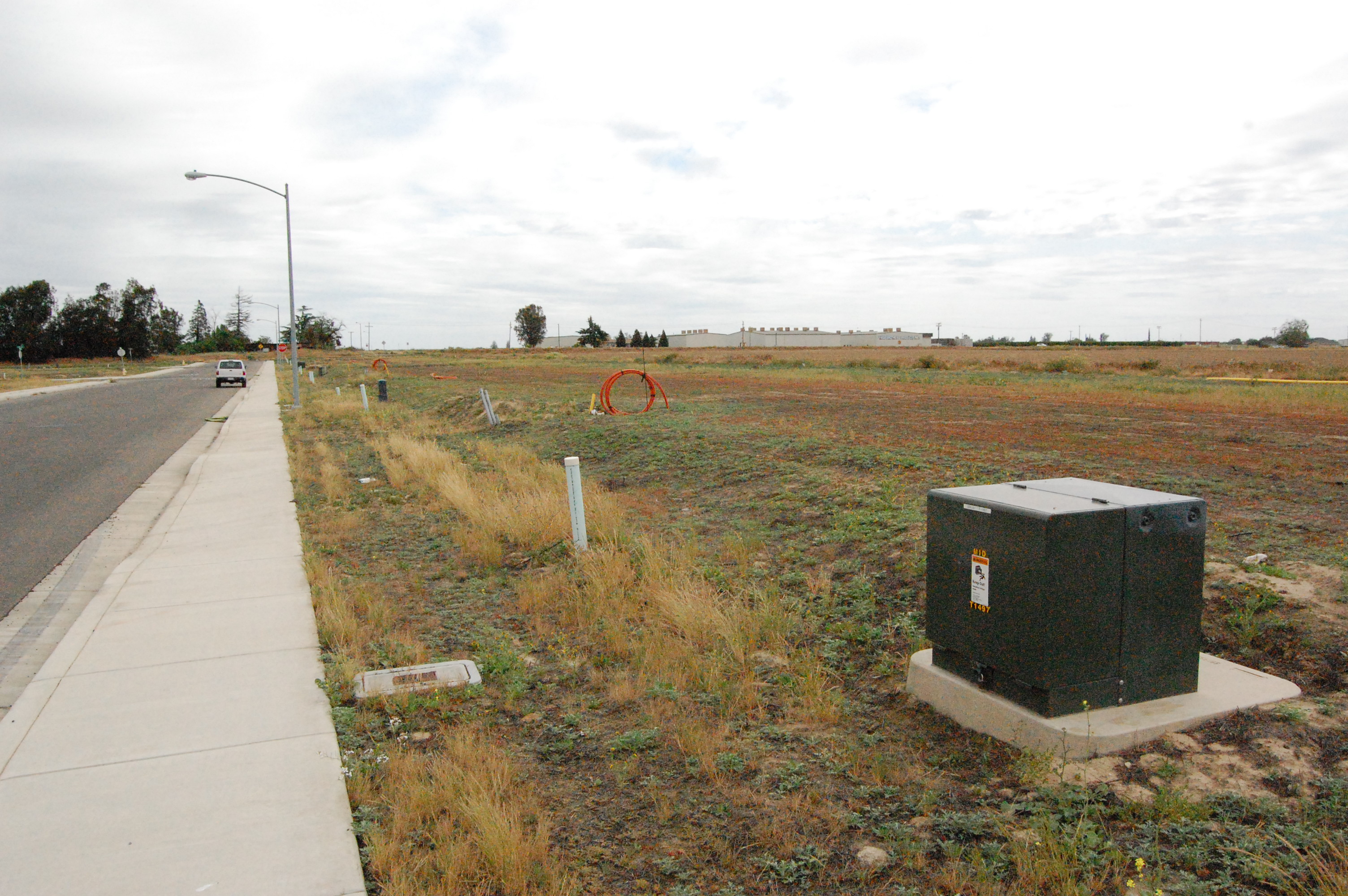 The decades-long public battle between real estate developers and farmland preservationists went on hiatus the past few years as the residential housing market collapsed in the recession.

Farm advocates have long fought to save some of the best farmland in the world, as cities in the San Joaquin Valley grow and houses spread over land once covered with almond orchards and vineyards.

The issue is complicated by the fact that most of the cities in the valley are already located on the best soils – making it hard to avoid more building on them.

The skirmish continues behind the scenes despite the housing slump, as Merced County planners work on a new general plan for the county’s land uses.

The agricultural chapter of the general plan, still in a preliminary version, contains several controversial strategies intended to protect farmland, including farmland mitigation, increased farm parcel sizes, a greater density target for residential property, and the creation of new towns.

Mitigation tries to balance new residential developments with the historically agricultural nature of the valley. It requires developers to preserve equivalent or better farmland in exchange for building on existing farmland. The Merced County proposal would require one acre of farmland preserved for every acre developed for new homes.

A similar general plan ordinance in Stanislaus County drew a lawsuit from the Building Industry Association of Central California. The ordinance was overturned by a superior court judge in 2009, but then upheld in appellate court last November. The state Supreme Court declined to hear the case in February, letting the appellate ruling stand.

The Stanislaus case has helped preservation efforts in other counties, said Amanda Carvajal, executive director of the Merced County Farm Bureau. “It’s helpful. It doesn’t save all the land, but with the Williamson Act dwindling, we need something to protect us.”

The Williamson Act, another tool in preserving farmland, gives farmers a property tax break in exchange for an agreement not to develop the land over a period of time. State money for the Williamson Act is threatened by the state budget crisis, and counties have little money to make up the difference.

The Farm Bureau lobbied for a four-to-one mitigation ratio, according to William Nicholson, assistant development services director in the Merced County Planning & Community Development Department. But county planners could find no other city or county in California doing a four-to-one mitigation, Nicholson said, and a compromise had to be struck.

Merced County has been requiring a one-to-one mitigation on development projects for several years, Nicholson said, and the general plan would formalize that policy.

While the one-to-one ratio does allow the loss of farmland, 50 years from now, residents will notice the difference, as large blocks of farmland will remain intact, Nicholson said.

The Building Industry Association of Central California is taking a wait and see stance on the mitigation issue, said president Toby Wells. In its current form, the general plan policy lacks enough detail to form an opinion, he said.

“The idea of preserving farm land, we’ve never had a problem with – it’s the details,” Wells said. “We build where government agencies say we can build.”

The BIA sued Stanislaus County because of the way the ordinance was drafted, Wells added. In that ordinance, any land zoned agricultural, even if it is a 40-year-old dairy that’s never been farmed, has to be mitigated, Wells said. Yet commercial development on ag land does not have to mitigate, unlike residential development.

Wells said the BIA has been involved in the discussions in Merced County, although he added, “We pretty much get drowned out anyway, it falls on deaf ears.”

Another issue that draws controversy in the draft general plan is increasing the smallest allowable farm size in the agricultural zone from 20 acres to 40, Nicholson said.

Some preservationists feel the 20-acre minimum is too small to support commercial agriculture, and encourages estate homes and hobby farms.

The Community Alliance for Family Farmers, which consists of more organic, family farms, says you can grow organic almonds on 10 to 20 acres, and sell them for two or three times what regular almonds sell for, Nicholson said. “They say we would lose a lot of family operations if the parcel size was a minimum of 40 acres.”

The other side of that argument is that the county already has a lot of small parcels in the agricultural zone, and may not need any more, Nicholson said.

Ranchettes – single houses on one to 20 acre lots – are another point of controversy. The Farmland Trust’s Martin sees ranchettes as one of the biggest threats to preserving farmland, because of the large amount of land they eat up.

“In Dos Palos you have large homes in the middle of a farm field. Big 20-acre plots with a million-dollar home,” Martin said. “They think they have a farm, but they put the home in the middle of the field.”

“We have this incredible resource called the San Joaquin Valley, and all the towns up and down the valley were founded based on agriculture,” Martin added. “Now with the demographics and migration from the coastal areas, you get commuters from Modesto to the Bay Area.”

The BIA’s Wells says ranchettes aren’t a big part of the housing market, but developers are in the business of providing what the consumer wants – and people with enough money like the idea of having some property around their house.

Which brings up the topic of housing density. Merced County is aiming for a housing density target of 7.1 units per acre on new developments, a dramatic hike from the 4 to 4.5 that currently exists in the county. That would mean a lot more apartments and townhouse-type developments, and fewer single family homes on quarter-acre lots.

The Blue Print process, a valley-wide growth planning initiative, pushed for a density standard of 8.3 units per acre, Nicholson noted. “That’s hard to meet,” he said. “Seven point one for a rural county is pretty high.”

Wells questions who would buy the townhouses in denser developments.

The economics of the valley make changing that preference difficult, Wells said. High housing prices in the Bay Area make dense housing designs desirable, he said, but in the valley, it will take a long time for the mentality to shift from large lot, single-family homes.

Controversy is part of the process

Attempts to sidestep the conflict between farmland and residential development – such as the idea to create new towns in the foothills on either side of the valley – are contentious too.

The new towns, the reasoning goes, would push development off the best farmland on the valley floor.
But new towns create their own set of problems, including environmental concerns about endangered species like the San Joaquin Kit Fox and tiny shrimp that live in vernal pools.

Farm interests also point out that the foothill lands aren’t vacant: they are generally used for cattle grazing, and in some cases have been held by ranching families for many generations.

Merced County’s general plan is still in the draft stages, and must go through the Environmental Impact Review process. A vote on the finished plan would probably take place early next year, Nicholson said.

The Merced County Planning Commission was scheduled to discuss the draft plan on June 2, and the board of supervisors will consider it on July 12.

Will the plan end the debate? Not likely, said Wells.

“You will always have a debate. It’s a tradeoff, you give something to get something,” he said. “There’s a built in push-pull that you will never completely solve. We as a community have to decide what makes sense.

“If we want more industry, more things to do, you have to give something up. It’s a Catch 22, you need growth to spur economic development.”

Controversy over land use continues behind the scenes