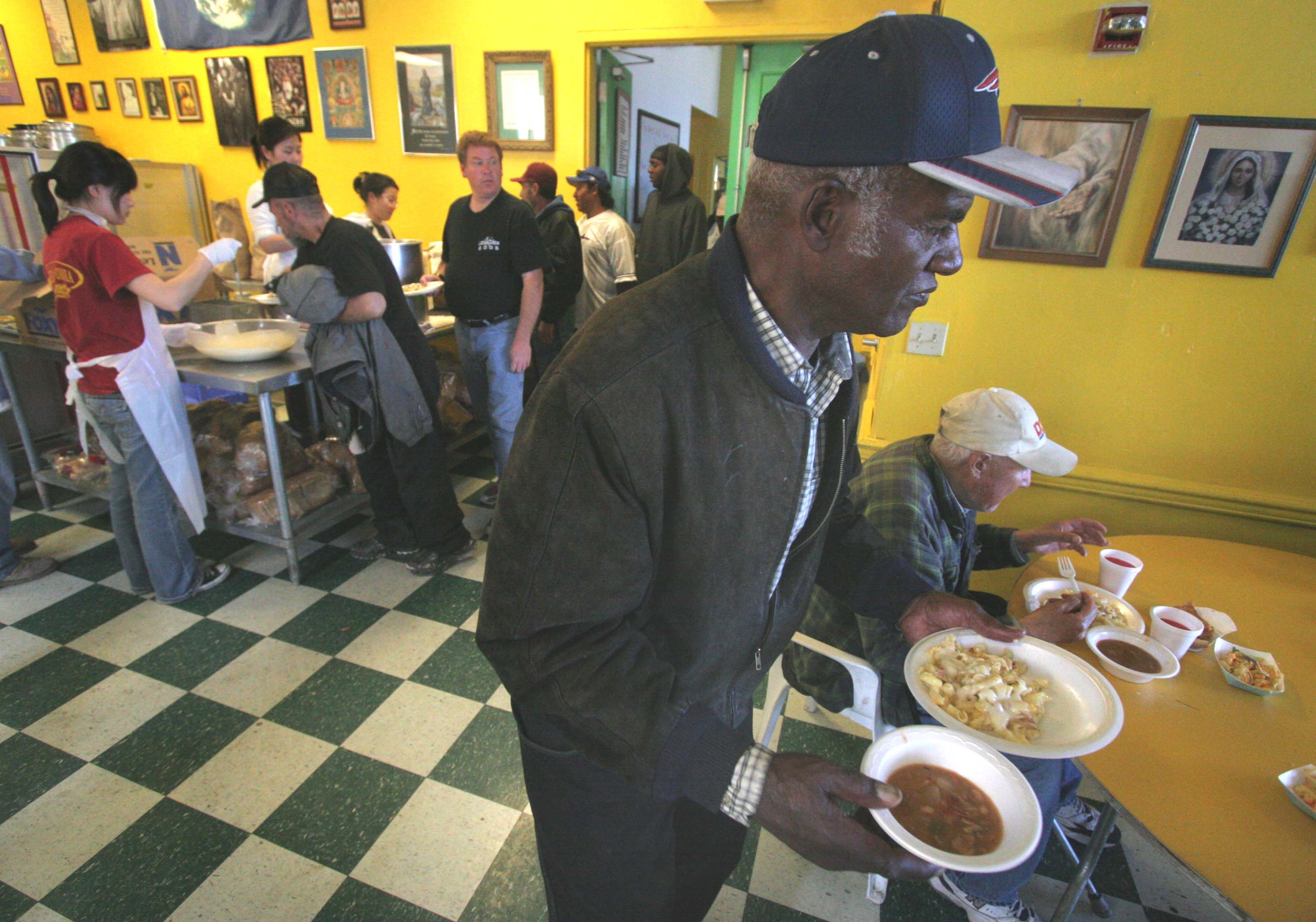 Living without addresses, disappearing into life on the streets, homeless people commonly go undocumented – making the magnitude of the problem difficult to assess. A huddle of blanket-covered shopping carts and stooped figures in Salinas’ Chinatown may not provide exact numbers, but it does evidence their painful existence.

There’s a new group in the homeless community, the economic homeless—people without a home because of the economic climate and resulting job shortages. As a result, the homeless population could continue to grow if prevention and intervention efforts are not steadfastly stepped up, said Glorietta Rowland, executive officer of the Coalition of Homeless Services Providers. Unemployment numbers aren’t just higher – people on unemployment are on it for longer because competition has made it more difficult to reenter the workforce.

“They go through a period of staying with friends and relatives,” said Jill Allen, development director at the Franciscan Workers of Junipero Serra, which runs Dorothy’s Place soup kitchen and provides other homeless services in Salinas. “If they aren’t able to get back on their feet after a period of time, they end up on the street, or living in their vehicles.”

The Coalition of Homeless Services Providers (CHSP) has been bringing together Monterey organizations to launch a united approach to ending homelessness since 1994. CHSP was focused, at its inception, on procuring housing for homeless people living in Monterey County through a McKinney-Vento Act opportunity, which gave nonprofits priority over private purchasers of government property.

Now, the organization is trying to build on its early accomplishments by enabling collaborations between service providers and other interested parties to tackle the issues facing homeless people. While expanding to involve agencies on the periphery in the process, CHSP is designing a new ten-year plan focused on efficiency.

The Coalition received $80,000 in funding from the Monterey Peninsula Foundation and the Community Foundation in 2010 to spend a year developing the plan.

The 10-year plan is in its early stages, but Rowland said clear goals and benchmarks will distinguish it from previous approaches. Action plans that include steps, timelines and responsible parties will be outlined. If a staff member at a collaborating organization leaves a position, their successor will be able to carry the plan through to a well-defined goal.

Involving new community organizations will lend Salinas a substantial advantage, Rowland said. “We are going about it in a different way, reaching out to include stakeholders that have not previously been involved.”

“You can do more if everyone is talking with each other,” said Brady. “Collectively applying for funding and initiating efforts to serve the homeless community is the best use of limited resources.”

CHSP has organized agency leaders to form several groups. Each group will coordinate and plot one facet of homeless care, including prevention, services, housing, discharge planning, administration and implementation, and employment and income.

The organizations already collaborate every two years, as required by the U.S. Department of Housing and Urban Development, to conduct a count of homeless individuals in Monterey County. Numbers from the 2011 Homeless Census will be reported in the next few weeks, but they are expected to exceed the 2009 count of 2,407 people.

Between 2007 and 2009, the number of homeless in Monterey County increased by 71 percent. The 2011 numbers are likely to reflect a continuing increase in the homeless population due to a stalled economy and soaring unemployment rates according to Monterey County’s 2009 Homeless Census Report. According to Rowland, the homeless population is changing because of the depressed economy.

The Coalition’s first goal is long-term prevention. While it is not a new approach, it is especially important in an economic situation that stands to drastically increase the number of people subject to homelessness.

“We want to do what we can to prevent families from becoming homeless, and if they do, get them immediately into housing,” said Rowland.

Because of reliance on agriculture jobs, Salinas’ unemployment rates shoot up in the coldest months, peaking this year at 17.2 percent in January, according to the U.S. Bureau of Labor Statistics. In recent years, during growing season, unemployment rates hover around 10 percent, a pre-recession, winter high.

According to Allen, there are distinct types of people facing homelessness in the county. Understanding each group’s particular issues, Allen said, is paramount in addressing prevention.

Chronically homeless participants are often the product of multi-generational homelessness, according to Allen. They have never known a different life. After 29 years of serving the Salinas community, Allen has realized the scope of the cycle. She has started to see the grandchildren of people Dorothy’s Place served in its early days walking through the doors in need of food and shelter.

Mental illness is the number one problem facing the chronically homeless population, according to Allen.

“Ninety percent are challenged with mental health problems. Many or most of them are self-medicating, so it’s complicated with addiction behaviors as well,” Allen said.

People being released from institutions are also in need of intervention assistance. For those who have no place to go after being discharged from hospitals or jails, homelessness is a grim reality.

Addressing this issue while improving partnerships with the institutions will be integral in the discharge planning goals and objectives, one component of the ten-year plan, according to Rowland.