Pension rollbacks won’t do much to balance budget 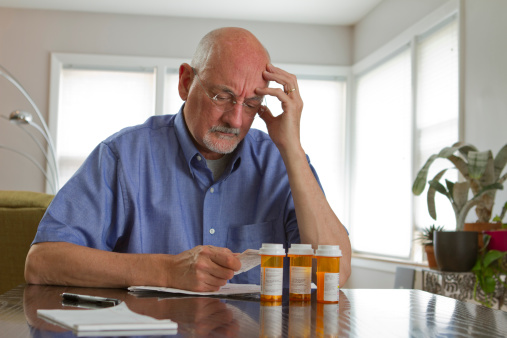 Talk of rolling back public employee pensions appears to be gaining momentum in Sacramento. Some lawmakers increasingly link budget negotiations to pension reform, and an independent state commission last week called for dramatic changes in the way California compensates its retired employees.

But anyone who hopes that reducing pension benefits will help balance next year’s budget, or any budget in the near future, might be disappointed. California is facing a $25.4 billion budget deficit right now, yet changes to the public employee pension system generally take years or even decades to produce significant savings.

“There are a lot of urban legends about the impact of pensions on the budget shortfall,” said Jean Ross, director of the California Budget Project, a nonpartisan think tank that focuses on issues affecting low-income Californians. “Any changes would be minimal over the next several years.”

Gov. Jerry Brown’s 2011-12 budget plan proposes to spend $5.87 billion, or 6.94 percent, of the state’s general fund on pension costs, according to the nonpartisan Legislative Analyst’s Office. Pension costs, in other words, are expected to equal nearly a quarter of the budget deficit.

But while pensions represent a sizable portion of the proposed General Fund, reform would do next to nothing to reduce costs in 2011-12.

Even Republican lawmakers pushing the hardest for changes in the system estimate that if pension reform is included as part of Brown’s budget proposal this year, costs will drop by just a couple hundred million dollars. That might reduce the deficit by 1 percent. Meanwhile, pension reforms enacted under Gov. Arnold Schwarzenegger last year — which lowered benefits for future employees and required thousands of current employees to contribute more towards their retirement — are thought to have saved the state just $130 million this year.

Still, analysts and advocates say the lack of potential short-term savings is no reason to ignore the issue.

“A lot (of pension costs are) just locked in. … (Reform is) not going to get us out of the current fiscal hole,” said Jack Pitney, government professor at Claremont McKenna College. “But in the long run, that’s really where the problem for the state lies. And it’s at every level of government.”

Indeed, pension costs loom large in the state’s future. Numerous studies conclude that California is facing hundreds of billions of dollars in unfunded pension liabilities. Unless something is done to reduce the rising costs, California will eventually be buried by its debt to retired state workers.

Last week, the Commission on California State Government Organization and Economy issued a report describing the current pension system as “unsustainable.” Benefits, the report said, have morphed over the years from providing retirement security to seeking “wealth accumulation.” The commission called for reducing benefits to current and future employees and a cap on pensions for high-salary employees, among other changes.

California got into this mess in the late 1990s, when a booming economy sent the investment returns of the state’s pension systems skyrocketing. Before the dot-com boom, pensions were funded by the government, its employees and investment returns. But when the money started piling up in the investment funds, state and local governments not only stopped paying their share of the costs, they increased the costs by upping retirement benefits.

Then the markets tanked, investment returns dried up, costs rose and suddenly state and local governments were on the hook for billions of dollars in unfunded pensions costs. As many have said, it’s a perfect storm.

“When the dot-com boom was in its full glory, the state made expensive promises that it can no longer afford to keep,” said Dan Pellissier, president of California Pension Reform and Schwarzenegger’s former pension adviser. “The chickens have finally come home to roost.”

And the situation may only be getting worse. Experts believe Brown’s proposed budget furthers the state’s pension problem by ignoring several big liabilities.

The California State Teachers Retirement System needs nearly $4 billion annually on top of the $1.35 billion budgeted by Brown this year in order to be fully funded in 30 years.

An independent report commissioned by the State Controller’s office suggests retiree health liabilities are underfunded by $1.3 billion to $1.5 billion in Brown’s budget.

The University of California system needs hundreds of millions of dollars, if not more, to fully fund its retirement system. And even when projecting rosy investment returns, the California Public Employees Retirement System is still planning to be underfunded by roughly 25 percent.

Brown’s budget proposal ignores all of these items, which would add at least another $5 billion to the state’s budget. But these debts aren’t going away. Eventually they’re going to have to get paid.

“The longer you wait, the worse it’s going to get,” said Marcia Fritz, president of the California Foundation for Fiscal Responsibility, a nonprofit dedicated to analyzing pension reform proposals. “I think it’s the biggest financial issue facing all governments in the nation today,” she said.

Pension benefits in California are calculated using an employees’ years of service, age at retirement and final salary. A public safety worker with 25 years of service would typically qualify to receive 75 percent of his or her final salary in retirement. Retirees are also eligible for health, dental and other benefits funded in part by their former employer.

Last year, Gov. Arnold Schwarzenegger enacted several pension reforms. He rolled back pension benefits to pre-1999 levels for new hires; established that retirement rates will be based on the average of the three highest consecutive year salaries, instead of a single year; and got current employees to agree to contribute more towards their retirement.

Another idea is to make the defined benefit programs less generous and combine them with a defined contribution account. Others call for outlawing retroactive benefit increases and requiring governments to pay pension costs as they accrue, with no exceptions.

Pension rollbacks won’t do much to balance budget