California cities, counties begin to plan for health and wellness 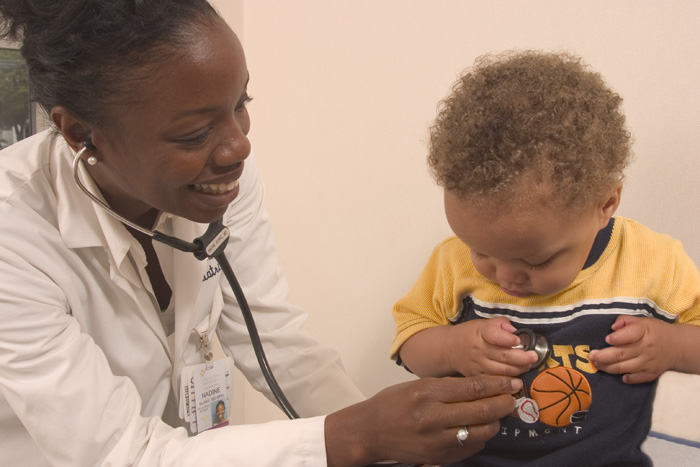 SACRAMENTO–Hundreds of miles from home, deep in central Mexico, Teri Duarte saw what she hoped might be the future of Sacramento.

Duarte, who runs Sacramento County’s nutrition program for mothers, infants and children, was in Guanajuato, Mexico. That vibrant city, once a center of the Spanish empire’s silver mining industry, has only one street for cars in its central district – one lane in each direction. Almost everything that happens in Guanajuato happens on foot.

“It is a pedestrian community,” Duarte said. “The senators walk to their jobs, the housemaids walk to the church, you pick up your dry cleaning on foot. It’s quiet. It’s socially connected. You can’t step onto the street without running into someone you know, which creates safety and social connections.”

Duarte knows that Sacramento will never look like Guanajuato. But since returning from that trip, her life’s mission has been to make her hometown, and the greater Sacramento region, friendlier to pedestrians and bicyclists and less dependent on the automobile.

Wearing two hats as the manager of the nutrition program and an analyst for the county’s air pollution agency, Duarte is leading a group – Design Sacramento 4 Health – that is pushing county planners to consider health and wellness as part of every decision about the area’s urban design and development.

So far, the movement has not gained much traction here. With the housing market in free fall and tax revenue depressed, planners and politicians are reluctant to do anything that might slow or derail any potential project. But Duarte hopes to lay the groundwork for changes that could come later, when Sacramento County might be willing to follow the lead of jurisdictions throughout California that are incorporating wellness into their planning process.

“It’s absolutely a good trend,” said David Early, founder and principal of Design, Community & Environment, a Berkeley consulting firm that helped the city of Chino add a wellness element to its general plan in July. “It’s incredibly important that planners and other experts have come to see the connection between city planning, transportation, mobility and public health,” he said.

Dr. Ashby Wolfe, who sees patients at the UC Davis Medical Center in Sacramento, says she treats people all the time whose health has been adversely affected by their surroundings.

“Our health is connected not just to our physical condition but also to what we eat, whether we exercise, and how safe we are at home,” Wolfe said. “We know that the built environment – our physical surroundings – directly affects how we access food, how we move from point A to point B, and how much we interact with other members of our community.”

Some critics see the push to connect health and planning as an example of intrusive government. But the auto-centric world in which we live today was itself the result of government intervention. Early zoning laws separated residential, commercial and industrial uses in the name of public health. Eventually those rules segregated homes and businesses to such a degree that people could no longer work, shop or play without using a car.

“We have built America around cars,” Dr. Richard Jackson, the state’s former chief health officer and a professor at UCLA, said at a conference in Sacramento earlier this year. “We have not built it around people.”

But now the planning pendulum appears poised to swing back in many parts of California. Compelled by the rise in obesity, especially among children, and the related increase in diabetes, heart disease and other chronic conditions, cities and counties are increasingly looking for ways to design or re-engineer streets, neighborhoods and entire communities.

The goal is to make walking an option again, make streets safe for bicycles, and provide reliable public transportation for people who can’t or do not want to walk or bike. Other changes in the works aim to build and improve urban parks so people can be more active, and to increase access to fresh foods so that city dwellers have an easy alternative to the fast-food outlets that far outnumber healthy food choices in many places, especially low-income urban communities.

In Chino, in San Bernardino County, the city has infused its general plan with goals, objectives and policies that address public health.

Nicholas Liguori, the city’s principal planner, guided the general plan update through five years of study and debate. He said the timeline coincided with the 2005 formation of the city’s first wellness program, Healthy Chino Coalition, and the initial development phase for two residential planned communities, College Park and The Preserve.

Because the changes were being drafted when the development was still in the planning stage, the city was able to incorporate many of its new wellness design elements into the project.

All of the features – including short blocks, sidewalks and parks located within walking distance of the homes – were planned out in advance.

“Each neighborhood has a pocket park, a sports park, a recreation center that would help to draw the community together,” Liguori said.

The premise in newer housing design is toward human scale, not the automobile scale. “There’s a lot of detail and richness that you won’t find in other places like newer housing tracts. We wanted to make sure there was quality built in, and that they were attractive to look at when walking vs. going by at 30 miles per hour in a car,” Liguori said.

Nearby Rancho Cucamonga has taken similar steps. The city has a wellness program known as Healthy RC, and it has amended its general plan to focus on themes of “Healthy Mind, Body and Earth.”

“We were one of the fastest-growing cities in the nation from 2000-2006,” said James Troyer, the city’s planning director. The city was approaching build-out and needed options to meet the need for more residential housing. “So we started looking at ways in the general plan where we could grow inward rather than continue to grow outward.”

Instead of focusing on single-family subdivisions, Troyer said, the city is exploring the west side of Foothill Boulevard and some older areas of the city for mixed-use development. The city also changed the zoning designation from commercial to mixed-use to explore other design options. The city wants to incorporate historic preservation, said Troyer, especially along the Route 66 Foothill Boulevard corridor and areas of town that have some kind of historic theme such as wineries, stone curbs and turn-of-the-century streetlights.

Across the Los Angeles basin in Long Beach, the city is trying to remake itself as a health-based urban haven for pedestrians and cyclists.

“As a land-use planner, healthy communities and sustainability aren’t things we talked about before, but they’ve become central to the quality of life in the city,” said Steve Gerhardt, senior planner.

Gerhardt conducts walkability studies, bicycle assessments and community outreach to educate residents about bicycling and pedestrian wellness. The city also has a mobility coordinator, Charles Gandy, who heads the effort to improve conditions for pedestrians and cyclists.

“Our citizens have been to New York, Seattle, Portland, Copenhagen, Paris,” Gandy said. “They’ve seen that bikes can be built into the street infrastructure to improve safety and encourage more people to ride.”

Blair Cohn, executive director of the Bixby Knolls Business Improvement Association, is a longtime city advocate. Cohn was director of the Long Beach Marathon for seven years and is actively involved in wellness activities that will be included in the new general plan.

Cohn wants to strengthen connections between residents and the business community. He is a pedestrian advocate whose walking routes are published on the city’s website to encourage residents to walk in their city.

“What I wanted to do was connect the people,” Cohn said. “We were trying to connect the business owner to the resident who lived on the other side of the business corridor. The neighborhood has become very active and rediscovered by its own people. People download the route we post on our website and use it to train during the week.”

Elsewhere, La Mesa is adding a wellness element to its general plan, and the city of Richmond is doing the same. San Francisco uses a 100-question survey to assess the health impacts of proposed developments. Humboldt County used a health impact assessment to compare the effects of three alternative growth scenarios.

The city of Sacramento’s general plan, meanwhile, cites health as a goal of planning and includes a policy that encourages planning of new communities to promote public health with walkable neighborhoods. The city also trains residents to become smart-growth advocates so they can speak comfortably at community meetings.

Duarte hopes that one day the county government, which oversees a huge swath of undeveloped land, will have similar programs. She is convinced that the fastest way to improve public health is to give people alternatives to the automobile.

“We’ve got one solution available that solves a whole host of health and social problems,” Duarte said. “Obesity alone is the most widespread health problem that we have. If we start to make the healthy choice the easy choice, creating alternatives for people, it’s huge. It would accomplish so many things.”

This article was published Nov. 14 in the Sacramento Bee.

California cities, counties begin to plan for health and wellness