Wealth can shape health in California 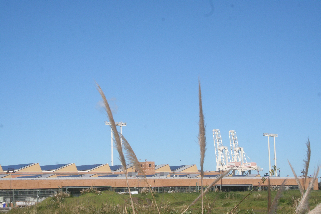 Money can’t buy you love, but it might buy better health.

People who live in wealthy neighborhoods live on average ten years longer than people who live in concentrated poverty. That’s why some experts say that the best way to improve public health is not through technological advances and breakthrough drugs, or even through better access to primary care. Instead, they say, policy efforts may be better focused on reducing the wealth gap in the United States.

That’s a tall order, especially because income inequality in the United States continues to grow. The Institute on Assets and Social Policy, for example, documented a huge wealth gap between African Americans and white Americans in a report released in May. The wealth gap increased four times between 1984 and 2007. In that time, white American families accrued almost $80,000 in wealth, while African American families accrued almost nothing.

Reducing inequality in health outcomes is also challenging because the causes of poor health can be as amorphous as stress, and differences in health outcomes can be caused by problems like gun violence that can’t be addressed by changes in public health policy.


Still, the problem remains: differences in wealth have an undeniable effect on public health. Desmond Carson sees the connection between wealth and health every day as poor people pass through Doctors Medical Center in San Pablo. Carson is an ER doctor and Richmond native. He works at DMC, which serves the city of Richmond, because he wants to give back to the town where he was raised.

Carson is well-known and admired in Richmond. He’s the president of Richmond’s peewee football league, and in the fall, he’s on the practice field, close to his childhood neighborhood, watching over his players. He sees the children bundled in padding and numbered jerseys as potential doctors, lawyers or respectable blue-collar family men.

He remembers the Richmond of his youth as a working-class town, buttressed by community activities like peewee football and by solid families. “I was raised in a very family-oriented community,” Carson said. “It was a Mr. and Mrs. Brown, Mr. and Mrs. Thomas. I don’t even remember knowing some of the parent’s first names because we dared not call them by their first names.”

Listen to Dr. Desmond Carson in his own words:
carson_healthy_cal

Today, Richmond suffers from the problems of violence and poverty that affect inner cities across the U.S. Richmond’s homicide rate was the second highest in the county last year, 47 out of 100,000. Residents of Richmond’s Iron Triangle district, where most of the homicides occurred in 2009, live in concentrated poverty, according to the last census. And Richmond’s unemployment rate is 18.5 percent, according to the July reports from the California Employment Development Department.

That kind of poverty takes its toll on the health of Richmond residents, Carson said. In his daily work, he sees problems familiar to anyone following discussions about healthcare costs in the U.S. People turning to the ER for primary care, and coming to the ER suffering from preventable diseases that were allowed to go untreated for too long. Seeing patients at the end stage of manageable diseases like diabetes is a too-common occurrence, Carson said.

“The rates of which African American women have breast cancer are lower than that of their counterparts,” Carson said. “However, because we end up finding out about the disease process at such a late stage, typically stage four breast cancer, lack of education, lack of screening in the community, patients then end up with a more deadlier disease.”

And he knows these kinds of health problems aren’t unique to Richmond. “From the womb, to the tomb,” Carson said, “our healthcare statistics are worse.”


Experts say the problems that Carson describes hurt America’s overall pubic health, which is measured in part by factors like life expectancy.

Bob Prentice, the director of the Bay Area Regional Health Inequities Initiative, points to a recent BARHII study of life expectancy to show the extent of this impact in the Bay Area. People who live in poorer Bay Areas regions can expect to live on average ten years less than people who live in more affluent area, according to the report.

“Unless something radically changes,” Prentice said, “a baby born in Bayview-Hunter’s Point can expect to live on average 14 years less than a baby born in Russian Hill.” A 14-year average difference, he added, is “huge.”

What causes these differences in life expectancy is difficult to quantify, researchers say. Experts know that social class—usually defined by factors like income and education— affects health.

“There’s something called the social gradient that looks at health,” Prentice said, “and it corresponds in a straight line, that the more affluent people are, overall, the better their health, and the poorer they are, the worse their health.”

The relationship between wealth and health affects all Americans, not just poor people, and not just people of color. But income level doesn’t fully explain the differences in health outcomes for African Americans. Researchers have known for years that race is also a determining factor in health outcomes, regardless of how much money people have. Wealthy, middle class and poor African Americans are less healthy than their white counterparts.

“African American women do not smoke more than white women,” Lee said. “In fact, in some studies, they smoke at lower rates. And so that is an example of a behavior that we know is bad for an outcome that we are studying, but there’s no way that it can explain such a large disparity.”

Stress, not bad habits, is diminishing African Americans’ health across class, both Lee and Prentice said.


And in neighborhoods with concentrated poverty, one significant stressor is living with more violence. Young black men are 16 times more likely to die from homicide than their white counterparts, Prentice points out. Violence is a stressor that health researchers haven’t even begun to grapple with on a community level, he added.

“The trauma is constant,” Prentice said. “I mean, how do you live in a neighborhood where homicide rates just hover around?”

Violence is a fact of everyday life, but that doesn’t diminish its painful effects, Prentice said: “I’m going to go to the grocery store, but I know that violence lurks. What does it mean to live with that? I mean how do you carry that, how do you get through day to day? Well, you do. But you pay a price. You’ve got a level of stress that the people who go to golf clubs and tennis clubs and drive BMWs don’t have.”

This kind of violence and level of stress has a ripple effect on the community, one that Carson says he sees in the form of despair. “At the bottom of our community, people have lost hope,” Carson said. “You can see it in their eyes.”

Carson feels despair too, though he counts himself among the lucky. His eyes welled up with tears more than once as he talked about Richmond. Thinking of the kids he coaches for his peewee football league in Richmond, he said, can be painful. What the young boys struggle with—a cycle of fear, violence, poverty—is almost unbearable to watch.

Especially when he witnesses the children’s crushed hopes. His peewee team made it to the playoffs last year, Carson said. But they had to forfeit the big game, because they didn’t have enough travel money to get there. That was unbearable for Carson to see, too.

“The only way to break that cycle becomes a supernatural desire,” Carson said. “A supernatural desire that the parent, or some kid, by the fate of God decides, I am not going this way. I am going to do something different. And people say this thing about pulling yourself up by the bootstraps. Some people don’t have boots. So it’s hard.”

That’s why Carson lives and works in Richmond: to help people find hope, which he thinks is as important to improving the health of African Americans as access to care.

“I see these people at church,” Carson said of his patients and neighbors. “I see them in the grocery store. And I can tell people feel proud to say, this is a local kid, he’s here, and they showcase me and I love it to the extent that other kids can dream about it.”

Fighting health inequality sounds straightforward, achievable by promoting healthy habits and better access to primary care. But in improving public health, intangibles like hope and entrenched problems live violence and poverty matter too. And unfortunately, circumstances of birth—wealth and race—still matter most of all in determining who lives a healthy life.

Wealth can shape health in California