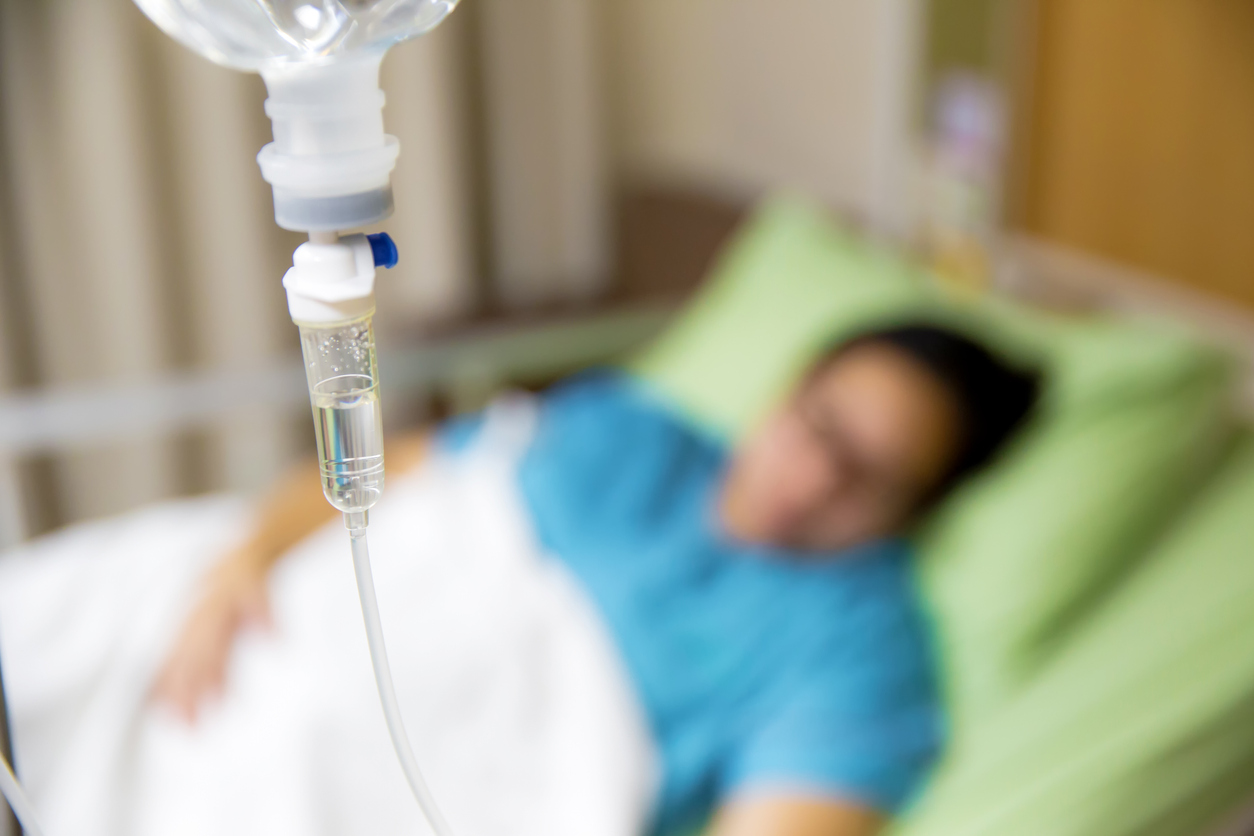 Like all hospital case managers,  Mike Texada works very closely with his clients. That’s why his office at Zuckerman San Francisco General Hospital and Trauma Center (ZSFG) is right behind the hospital’s emergency room. Texada is a case manager for the Wraparound Project, a violence intervention program based at the hospital. The beeper of the caseworker on duty goes off when someone who has been violently assaulted comes into the ER.

“Victims of violence, if they survive, are at increased risk of becoming victims again,” said Texada. “So, we try to turn their hospital stay into a ‘teachable moment’ as soon as possible to let them know that we’re here for them.”

Hospital stays for victims can run hours to months but during that time the caseworkers—who often come from the same neighborhoods as their clients—listen, talk and link them to counselling, job and school prospects, financial assistance, housing and even painting lessons to help build confidence.

Assistance can also include money for a security deposit and first month’s rent for victims who can move away from the neighborhood where a shooting occurred.

“Intervening early is critical because, once they’re released, violence victims can go from feeling scared to feeling invincible and choose to carry a gun or join a gang increasing their risk for reinjury or death,” said Anne Marks, executive director of Youth Alive! a violence intervention program in Oakland that also runs a hospital violence prevention program in the city.

Close to Three Dozen Violence Prevention Programs in the U.S.

Wraparound, begun in 2003, was one of the first hospital-based violence intervention programs in the U.S. There are now close to three dozen including seven others in California that belong to the National Network of Hospital-Based Violence Intervention Programs (NNHVIP).And one hospital in the state recently reached out to the Network for help setting up an intervention program, according to Fatimah Loren Muhammad, executive director of NNHVIP.

Wraparound was started by Rochelle Dicker, vice chair of critical care surgery at the Geffen School of Medicine at UCLA, who previously was a trauma surgeon at ZSFG. Dicker’s inspiration for Wraparound came from caring for violence victims generally and from seeing a patient shot two times within several months and hearing from him that he saw no path forward toward education, a job, financial stability or safety.

Dicker, who started the program during a violence prevention fellowship, thought a hospital intervention program was a key opportunity to help victims because of data that showed that a previous violence injury is a risk factor for a second one. A 2015 study in JAMA Pediatrics of nearly 350 young violence victims treated in the emergency room of the University of Michigan medical center over two years found that, compared with 250 patients of the same age who were treated at the ER for nonviolence-related injuries, one third of the violence victims were likely to return for violence related assaults within two years of the initial injury.  Other studies have shown even higher rates of reinjury.

“Someone to Talk To”

“Wraparound is the reason I am where I am today,” said Jamal Raheem, now 31, who doesn’t know who shot him in the face in March 2011. The attack resulted in a hospital stay through the following September, multiple surgeries with more still to come and continuing pain and numbness in his face. The shooting pushed Raheem to give up the job he had at the time, fearful of the bus route that took him through troubled neighborhoods. Through Wraparound he has completed his GED and is now a guardian at a group home in San Francisco.

Mike Texada was Raheem’s case worker and the two remain close. “Wraparound gave me someone to talk to and a facility to come to if I didn’t feel safe,” said Raheem, who is particularly grateful for access to a psychiatrist he could speak with. Wraparound helped Raheem enroll at the City College of San Francisco where he is working toward certificates in youth work including one focused on trauma. Painting lessons through Wraparound have led to Raheem’s proudest accomplishment to date—seeing some of his painting hanging at galleries in San Francisco.

In California, according to a 2017 report from the California Department of Public Health (CDPH), the greatest number of homicides occur among young adults ages 15 to 24 with young African American men ages 15-29 nearly six times more likely to die from gun violence than other racial groups. After the massacre at the high school in Parkland, Florida that killed fourteen students and three adults, The Sacramento Bee published an analysis of state crime data:

About 850 clients have been helped by the Wraparound Project, said Rebecca Plevin, the current director who, like Dicker, is a trauma surgeon.

Plevin said many hospital violence intervention program directors are surgeons or emergency room doctors. “It helps the programs enormously to have a physician champion them at the hospital,” said Plevin.

The three most common client needs are mental health counselling, housing and employment. Plevin said the most recent numbers they have show that case managers were able to connect three quarters of patients to mental health care and two thirds each to employment and housing.

Plevin said that program research in 2015 found that compared with data from 2005 reinjury rates among violence victims in San Francisco dropped from eight percent to four percent. They don’t have specific data linking the decrease to the Wraparound program but feel confident their work has been a critical factor. The national reinjury rate for violence victims is thirty percent.

Anne Marks said hospital violence intervention  programs prove critics wrong who say that there’s nothing you can do about violence until you solve poverty. “Poverty is the most important risk factor there is for violence, but we can’t wait until we have solved that to address other factors,” said Marks. “If you can’t change where someone lives you can work with them on safer choices for leaving the house “where they spend their time during the day, and whether school or other activities are likely to have them engage with people who put them at risk [for reinjury.]” said Marks.

At ZSFG, the violence intervention  program has evolved as patient’s needs have.  In the last few years, for example, the case managers have noticed that while Wraparound traditionally focused on teens to thirty-year olds, some recent victims have been 35 or older, though the program heads are not sure why. Wraparound plans to hire a fifth case worker to specifically work with older victims whose needs can be different including financial and mental health help for an entire family, and a job for someone who doesn’t have time to build skills.

Funding for Wraparound comes from the Mayor’s Office and the Department of Children, Youth and Families, as well as foundation and private grants.

And the U.S. Department of Justice’ Office of Victims of Crime is funding a new violence prevention program at a Dignity Health hospital in Bakersfield.

Criteria for membership in the Network includes having a trauma informed program—an approach that emphasizes physical, psychological and emotional safety for both providers and victims and that creates opportunities for violence victims to rebuild a sense of control and empowerment.

Wraparound hired its first full time mental health professional two years ago. “You have to start with mental health first or you can’t expect violence victims to sit in a classroom or maintain a job,” said Rochelle Dicker. Member programs must also have links to community organizations, said Fatimah Muhammad, “to make sure we are creating a holistic environment of health that exists outside the walls of the hospital.”

And the Network is expanding its work to include help for other kinds of violence. “We want to support a movement that looks at trauma and violence through different lenses,” said Muhammad. “While our primary focus is to transform the lives of violently injured patients – who are often boys and men of color – we are building relationships with those who serve victims of domestic violence and/or human trafficking. Together, we share an interest in trauma-informed care and building robust community relationships.  Through these partnerships, our impact is exponential,” said Muhammad.

At least two developments make Rebecca Plevin especially optimistic about increased funding and awareness for the hospital-based programs. One is that Governor Newsom, while mayor of San Francisco, made funding forWraparound a line item in his budget.

The recent appointment of Nadine Burke Harris as California’s first surgeon general is also extremely heartening, according to Plevin and other experts involved in violence prevention.  Harris was a founder of the Center for Youth Wellness in San Francisco, which is developing best practices for pediatricians on how to screen and treat children who are at risk for toxic stress.

While Jamal Raheem still has a way to go for a complete recovery, he has his eye on the future, more painting and perhaps even a gallery of his own. Rebecca Plevin says  the impact of Wraparound is confirmed for her when she  sees clients in the Wraparound office working with case managers or on an art project. “They are modifying their risk factors for violence and that is a continuum that will be able to bring other people out of that cycle and help raise up the entire community where they live.”