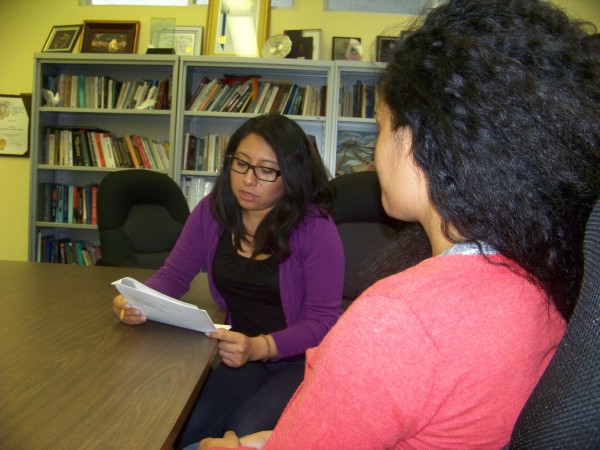 When the Obama administration announced a new program for undocumented immigrants who arrived as children, it took pains to emphasize one limitation.

Deferred Action for Childhood Arrivals (DACA) is a federal policy that allows undocumented immigrants who entered the country at age 16 or younger to remain in the United States on a provisional status. Applicants would have to prove they’d entered the country when they were younger than 16 and had lived here continuously since 2007. They’d be required to be high school or college students or in the military, or to have completed one of the three.

That would earn them the right to live and work in the United States for two-year renewable periods, without fear of deportation.

But Administration officials also stressed that “DACA-mented” youths won’t get federal health insurance benefits, including the extended coverage of the Affordable Care Act when it takes effect next year.

That’s the rule for most of the country.

However in California, immigrants who qualify for DACA might get a break, thanks to a dispute between state officials and the federal government nearly two decades ago.

In 1995, California state officials objected to restrictions on Medicaid imposed by the federal Welfare reform. They set up a separate program funded exclusively with state money.

Today, that means that some 73,000 California immigrants who met DACA requirements also can qualify for Medi-Cal, in a program identical to the program funded with federal dollars that bears the same name. And they’ll also be eligible for expanded benefits due to take effect next year.

Immigrant-rights activists are hurrying to get out the word on this policy quirk, which was first reported by New America Media in June.

“Because there is a very close connection to very highly politically charged subject matter, just immigrants in general, it’s subject to the volatility of the state budget, and I think that’s why there hasn’t been a lot of spotlight on the program in general.”

Still, Coleman said his organization sees a need for better information about all benefits available to DACA-qualified immigrants in California. The Policy Center will publish a directory in late August or early September, he said.

Yoana Peña, a student worker with a University of California, Los Angeles survey on immigrants’ access to health services, said she’s often struck by indications that the young people she interviews are cut off from information about their own health.

“There’s a question on the survey: ‘Do you have any chronic illnesses,’ and people will pause and say, ‘I don’t know,’” she said.

“They’ll talk about family members with cancer or heart problems, and they’ll say, ‘I know that it runs in my family, but I just don’t have the access to know. I haven’t been to see the doctor.’”

Like Peña, Hyun Kyu (Kevin) Lee, applied successfully for DACA. Even though he’s active in the Korean Resource Center in Los Angeles, he said he only learned of the state-funded Medi-Cal program recently.

At 23, he’s more than two years too old to qualify, but he’s informing young people he meets through Resource Center programs.

Lee was born in Inchon, South Korea. When he was nine, he accompanied his parents to the United States. They overstayed their visa. Growing up in Southern California, Lee said he felt American in many respects. But he remembers his parents’ caution about visiting a doctor when they or he fell ill. There was a pervasive family fear that such an illness might lead to scrutiny by immigration authorities and deportation, Lee said.

Even with the apparent protection of DACA, many people remain wary and, with respect to their health, resigned to exclusion, Lee said.

“With a lot of the people I know, they grew up with not having this kind of public benefit for themselves and their family, so it might feel like they’re not eligible, because they’ve been not eligible for so long,” he said.

In the last year, immigration authorities have received about half a million DACA applications nationwide, of which about half have been approved, federal statistics show.

By the end of June – the most recent figure available — California residents accounted for nearly a third of those applications, records show. But that’s only about 30 percent of the DACA-eligible population, said Jorge-Mario Cabrera, spokesman for the Coalition for Humane Immigration Rights of Los Angeles.

“We’ve been to some locations in the Central Valley where community college students and other young people say ‘Oh, really! Do I qualify? I would like to do that!” They’ve never heard of DACA and lots of other opportunities,” he said.

“We really need to change that.”