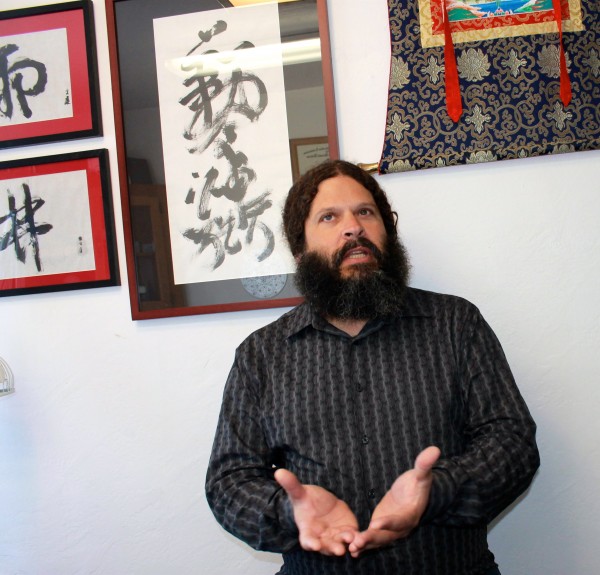 Students at Five Branches University in Santa Cruz signed petitions and wrote letters to Sacramento last year in hopes that acupuncture, one of their areas of study, would be covered under new state and federal health care reform laws.

They got their wish. Last fall, California listed acupuncture as a benefit that insurers must include in new plans when the Patient Protection and Affordable Care Act, known informally as Obamacare, takes effect Jan. 1. Under the new rules, nearly everyone in the nation will be required to carry insurance or face a penalty. Federal subsidies will help pay premiums for individuals making up to $45,960 per year.

For acupuncture student Marta Vaisberg Correll, the decision gave her hope about building a practice in the spring, when she expects to earn her license. If insurance will help pay patients’ costs, Correll said, more of them are likely to take advantage of acupuncture.

“I think it legitimizes the medicine. A lot of people don’t know what (acupuncture) is; they think it’s this new-agey, voodoo kind of stuff,” Correll said. Seeing it listed as a mandatory benefit under health care reform, she said, validates its effectiveness.

Acupuncture joins tobacco cessation, vision screening and other benefits that insurers must cover for patients under new plans, beginning in 2014 (existing plans that do not cover acupuncture can be grandfathered in). While some providers already pay toward these services, not all do.

The law, authored in bills by then-Assemblyman Bill Monning, D-Carmel, and state Sen. Ed Hernandez, D-West Covina, laid out “essential health benefits,” or those that must be covered under plans offered in California on the open market under Obamacare.

Under Obamacare, insurers cannot charge patients more for private insurance — that not provided by an employer or public agency — because they are sick or have a pre-existing condition like diabetes, for example. Right now, plans usually cost more for those who are not in perfect health. For many, that price difference can put health insurance outside their reach.

Prices under the new law can vary based on age or where a patient lives.

The first plans offered in California under Obamacare were detailed last week, with a middle-of-the-road plan for an average 40-year-old estimated to cost about $300 per month.

Monning authored the Assembly’s version of the bill before he was elected to the state senate in November. He said the essential health benefits are crucial so consumers know what they will pay for when shopping for a policy.

“It is important for California to establish its Essential Health Benefits because it will level the playing field to allow Californians to make ‘apples to apples’ comparisons about health care coverage based on price and quality,” Monning said.

In other words, Monning said, consumers can comparison-shop and know that a “silver” plan offered by Kaiser and a silver plan offered by Anthem Blue Cross will contain the same mandated benefits.

As a result of Obamacare, health clinics and doctors’ offices nationwide are preparing for a wave of newly insured patients seeking preventative care or finally treating a longstanding problem when the new plans begin Jan. 1. Many are beefing up medical staff and administrative workers in anticipation of higher demand and more paperwork.

Licensed acupuncturist Cary Friedman said he also expects to see more newly covered patients. But health care reform could mean he earns less for his services per patient, he said, as insurance companies reimburse at a rate lower than what he now charges to cover Santa Cruz’s high cost of living.

For example, Friedman said, patients now typically pay $90 for the first appointment and $75 for appointments thereafter. Each appointment lasts 90 minutes.

Comparatively, he said, he expects insurance to pay him about $50 per session for the same treatment, with $25 coming from the patients’ co-pay.

“There will probably be a spot where I say, ‘I can’t take any more insurance people,’” Friedman said, and fills remaining spots with patients paying cash for services above what insurance will cover. While insurance is expected to pay for acupuncture to treat pain, for example, it might not cover treatment for anxiety, insomnia or digestive disorders, he said.

However, Friedman said, expanding coverage to include acupuncture will be a boon for consumers. That’s because acupuncture treatments typically requires multiple visits over a number of weeks. For cash-paying customers, the cost quickly can add up. A $25 weekly co-pay is a lot easier for many patients to stomach than a $90 weekly bill, he said.

“It’s frustrating when you have to charge a certain amount for your living, and you miss a large chunk of the population” that can’t afford it, Friedman said.

Friedman also expects a surge in paperwork, but said new electronic filing systems make claims relatively easy to handle. He does not have a support staff, he said, and doesn’t plan to hire one.

Correll said health care reform could help shape how she practices acupuncture. While she plans to start as a generalist, Correll said she finds that patients with chronic pain or sports injuries are less hesitant to see an acupuncturist. In addition, she said, more doctors are recommending acupuncture to treat those conditions, and insurance already is more likely to cover it.

“Right now most insurance companies will cover for that type of thing,” Correll said. “Infertility, digestive, insomnia, the good (insurance plans) will cover it but not all of them do.”

Correll also hopes more patients will have an opportunity to try treatments outside mainstream Western medicine.

“If it’s going to cost them less, they’ll be a lot more agreeable to it,” Correll said. “Doctors charge a lot, too, but your insurance covers it and you’re not going to see your doctor every week.”