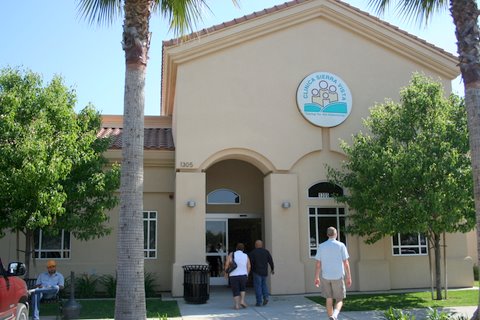 Terrence Johnson, 24, hasn’t had a primary care doctor in years, despite his nagging asthma.

But after a particularly severe cold wouldn’t go away, he knew he needed help. A friend pointed Johnson to the county-administered Kern Medical Center Health Plan, and he was able to get insurance and see a doctor.

Johnson is one of Kern County’s low-income adults who now have insurance as part of the state’s “bridge to reform” health program. During the first phase, Kern and nine other California counties received federal funding to expand their health coverage for low-income, uninsured residents. That pilot program is now being expanded statewide in an effort to prepare California for the sweeping reforms set to begin in 2014 under federal healthcare reform.

In Kern County, a recently-announced partnership with nonprofit Clinica Sierra Vista would broaden the program’s reach here, expanding coverage to more rural outposts and isolated farming communities. That addition is especially relevant for a county where many residents live in remote, rural regions with scarce access to care. With Clinica on board, the plan’s total medical sites will jump to 26, more than half of which are located outside Bakersfield in places such as Arvin, Lamont and Lake Isabella.

“With us, they have a delivery system in towns where previously they had nothing,” said Steve Schilling, CEO of Clinica, a private organization that provides primary-care services. “We need to start getting these folks into a system of care, to learn about them, and to bring improvements in their health status.”

A Bridge to Care

The first phase of the KMC Health Plan began in September 2007 as part of Section 1115 of the Social Security Act. Under that provision, select California counties received matching federal funds to expand coverage for their uninsured.

At that time, Kern was one of ten counties in California that began to offer benefits to uninsured individuals ages 19-64 who didn’t qualify for care because they didn’t have children or had too many assets. The program applies to citizens and legal permanent residents for at least five years, who are ineligible for other public programs such as Medi-Cal.

These individuals will be covered with the 2014 reform, but state officials don’t want to wait three years to begin primary and preventative care. While the program will not have enough funding to cover everyone that will eventually be eligible, the goal is to begin creating the necessary networks and enrollment systems.

“The idea is to provide them with a medical home, and to get them into preventative services now so we’ll have a jump start,” said Bobbie Wunsch, a management consultant with Pacific Health Consulting Group. “This program is essential.”

During Kern County’s first phase, the program had more limited funding and less of a geographical reach with some of its rural communities excluded. Still, the program reported many successes, said Jacey Cooper, the senior program manager. During the third year, 6,000 people were eligible to seek care each month.

That’s exactly what Hector Martinez, 43, noticed when he joined the program in January. Martinez, who was out of a job and uninsured, now sees a physician’s assistant near his Wasco home. During the visits, he is able to address health maintenance concerns such as cholesterol, instead of his most pressing ailment.

“You name it, they checked it,” he said. “They’re on it. They’ll sit there and listen to you, and they’re concerned about what help you need.”

The second part of the plan, which will run until 2014, will apply to counties throughout California. Along with expanding the program’s funding, geographic reach is broadened. Eligible participants must have a medical home within 30 miles, or a 60-minute commute.

Getting Clinica on board – with its 12 locations around the county – is essential to meeting that geographic goal, Cooper said. Previously, the county worked with National Health Services, which has 11 locations in areas such as Taft, Delano and Tehachapi.

“By bringing on both National and Clinica we can cover the full county instead of half the county,” Cooper said.

Clinica CEO Schilling says the better funding was just one aspect. He also wanted all of his clinics to be involved, not just the ones in the isolated rural areas. And, he prefers the stricter conditions of the new waiver, such as the geography requirement.

Currently, uninsured individuals can use Clinica’s services on a sliding scale, but those patients usually came on an inconsistent basis, he said.

“If you’re poor or have a modest income and you’re uncovered, you pay, but maybe you avoid coming next time or you try to stretch out the next visit,” he said. “The ultimate aim and objective is that their health status will improve over time.”

Schilling says that goal will be accomplished with more preventative care and earlier intervention with chronic diseases. That care is especially important in the isolated rural communities Clinica serves, areas where they’re often the only option in town. Too often, doctors coming out of school don’t want to live in these rural locales, he said.

“You have to have an organization, an entity that makes a strong moral commitment to a community and stays the course, regardless of comings and goings,” he said.

While Schilling still describes himself as having “healthy skepticism” about the plan, he said he’s optimistic this round will be better. “I’m more confident, but we’re way early in deciding if this is brilliant.”

Clinica’s contract isn’t finalized yet, but the country says it’s expected to be complete by July.

The challenges to implementation are “huge,” says Wunsch, the healthcare consultant. For one, the county needs to make sure it’s in compliance with the new federal rules, some of which are still being negotiated, she said.

Strong education and outreach also will be essential since many of the intended participants aren’t familiar with primary and preventative care.

For previously uninsured like Johnson, the Tehachapi resident, that’s a hurdle he’s willing to get over. Johnson says he used to resist going to the hospital for care, but now he feels in control of his health.

“I am happy and grateful that I got the insurance,” he said. “It’s very helpful to have it – you need your health.”