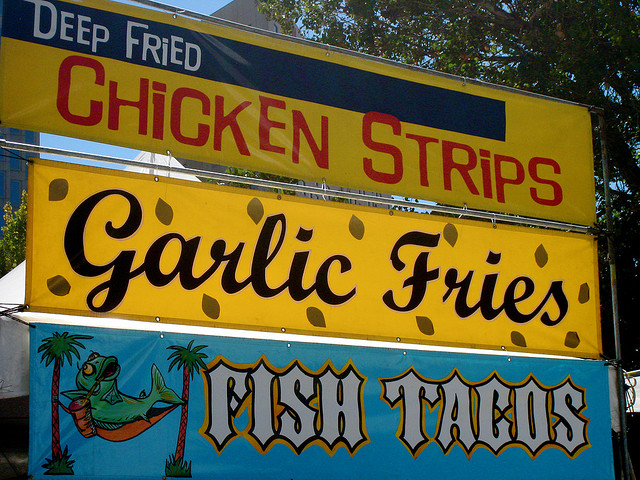 And when research recently showed that a tax on sodas and other sugary drinks could translate to the weight-loss equivalent of less than a pound per person per year, critics called the impact “marginal” and suggested the strategy would be ineffective.

With obesity rates hitting crisis proportions, cities and counties throughout California are adopting novel and largely untested policies to combat the problem. Last year Santa Clara County was the first in the nation to pass a law setting nutrition standards for kids’ fast food meals packaged with toy giveaways. And Los Angeles took a bold step earlier this year when the city council effectively banned new fast food restaurants from opening in South LA, a neighborhood plagued by high poverty and obesity rates.

As cities and counties launch new interventions such as these, researchers can begin collecting data to evaluate each strategy’s effectiveness. But it’s time to rethink the way we determine whether these efforts are worthwhile.

Take the latest research on menu labeling laws, published last month in the International Journal of Obesity. Researchers compared food receipts at fast food restaurants in several low-income neighborhoods around New York City before and after the city began requiring the restaurants to display calorie information to customers. According to the study, the additional nutrition details had little effect on consumer orders.

Does this mean menu labeling laws don’t work? More to the point, does it mean that new policy initiatives -– like menu labeling and soda taxes -– aren’t worth pursuing if they don’t produce significant behavior and weight changes right away?

Think about everything that’s making us gain weight in the first place. It’s not just drinking soda or eating unhealthy foods. It’s not just driving to work and driving our children to school. It’s not just living in neighborhoods without quality public transit or parks or sidewalks, without a grocery store or a farmers’ market.

But all of these realities, taken together, reflect communities and social norms -– which take decades to establish –- where choosing healthy foods or activities can be difficult, if not impossible.

Because we can’t pinpoint a single cause that’s led us to the obesity crisis we now face, no single policy intervention will have a major effect on solving the problem. But seemingly small declines (like the pound per person per year that one policy could produce) become huge when you’re talking about multiple policies and their effect on 300 million people across the nation in less than a decade. Meanwhile, new policies aimed at changing consumer behavior will reinforce each other, making healthy choices easier at every turn and helping to establish new attitudes about eating and physical activity.

Even with a combination of obesity prevention policies, we’re not likely to see drastic improvements right away. It took years – and many groundbreaking, controversial laws that Californians take for granted now – to create a sea change in public perceptions and behavior around smoking. Tobacco-related illnesses have plummeted as a result. Doing the same for obesity will take time, incremental progress, and laws tackling the problem from every direction.

Christine Fry is a policy associate at Public Health Law & Policy, a nonprofit research and training center based in Oakland, California.
Photo by vsmoothe via flickr.com