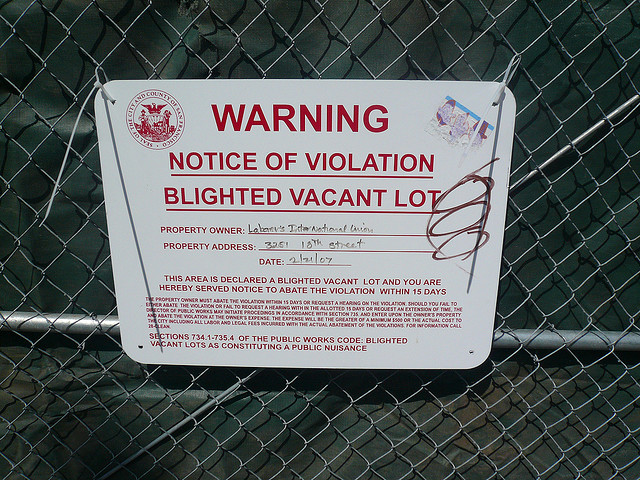 As the battle plays out over Governor Jerry Brown’s proposal to eliminate redevelopment agencies statewide, one thing is clear: the way we go about revitalizing low-income neighborhoods in California is likely to change. But we must find a way to preserve two of the most powerful tools redevelopment agencies currently hold.

There’s no question that redevelopment projects can make low-income neighborhoods healthier. Everything from upgrading streets and building parks to attracting new grocery stores and developing affordable housing has an impact on residents’ health. These projects create safer and more appealing areas to walk and play, make it easier to buy fresh produce, and reduce local pollution and other environmental hazards.

In San Bernardino, redevelopment funds are helping to bring a regional express bus to the city’s downtown core, part of a project that includes contamination clean-up and transit-oriented development. In San Francisco’s low-income Bayview Hunter’s Point neighborhood, redevelopment support was key to establishing a grocery store and providing business incentives to transform a liquor store into a market filled with produce. And in the heavily industrial city of Richmond, community advocates worked with the redevelopment agency to improve local air quality by rerouting diesel truck traffic out of residential neighborhoods.

The governor’s plan to eliminate redevelopment agencies doesn’t have to mean the end of funding for projects like these. But city and county leaders need to work now to preserve the redevelopment tools that are most critical for creating healthier communities, no matter what the future holds for the agencies themselves.

Right now, redevelopment agencies have exclusive access to two major financing tools: (1) the power to issue infrastructure bonds without a public vote, and (2) a dedicated revenue stream, collected as a portion of the increased tax revenue produced by redevelopment projects.

These financing tools have made countless public health improvements possible: helping corner store owners afford refrigeration units so they can stock fresh fruits and vegetables; building pedestrian corridors for children to walk safely to school; and developing mixed use, transit-oriented communities that allow senior citizens to age in place. Accomplishing this without redevelopment funds would have required a two-thirds vote of the electorate, a difficult hurdle to overcome even in the best economic times.

Eliminating redevelopment agencies and the powers they currently have would put cities and counties in a bind, cutting off a flexible funding stream intended to help make blighted communities healthier and more sustainable. Redevelopment agencies as we know them may face an uncertain future, but their most powerful tools should be preserved.

Regardless of the outcome of Gov. Brown’s proposal, anyone working to create healthier communities has a role to play in making sure these financing tools are preserved and targeted to improving community health. Because cities are creatures of the state, any reform or reconstitution would have to be directed by state law – so it’s critical that the governor and the legislature devise new ways for cities and counties to fund new infrastructure projects.

We need to explore new possibilities for tools that work. Our ability to create a healthier California depends on it.