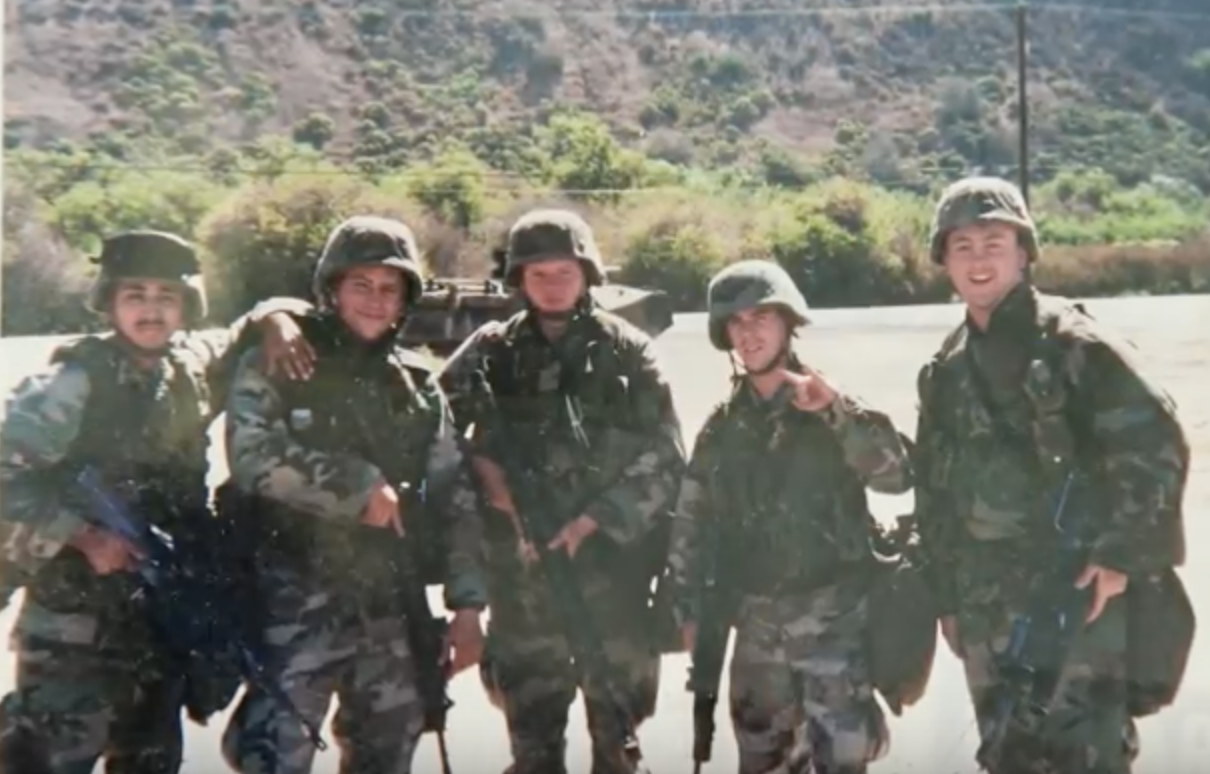 About six years ago, I was preparing to retire. Starting to cut back on my clinical psychiatry practice, I was looking forward to spending more time with my grandchildren and traveling with my husband, Donald.

But then Donald and I happened to walk along the beach in Santa Monica, just as a veterans’ group was putting up hundreds of little white crosses in the sand, commemorating deaths of U.S. soldiers in Iraq and Afghanistan. I gasped, stunned by the enormity of the losses. And then I started thinking about all the soldiers who have been returning home alive, and maybe physically well, but traumatized by all they have seen and endured.

As a therapist, I knew I had the tools to help, and also that I couldn’t ignore the need.

So rather than retire, I soon embarked on a new career, as the founder of a new nonprofit organization called The Soldiers Project, which provides free mental health care for veterans and their families.

In recent years, thousands of combat veterans have been coming home from missions in Iraq and Afghanistan with hidden wounds that include post-traumatic stress disorder, brain injuries, anxiety, sleeping problems and depression. It’s important to call them ‘wounds’ since they’re no less serious than losing an eye or leg.
Left untreated, moreover, these emotional troubles can lead to more visible problems, such as child abuse, car crashes, crime and suicide.

To address this broadening crisis, The Soldiers Project has rapidly grown into a network of 700 volunteer mental health professionals, who have provided close to 10,000 hours of care to 900 veterans in six California counties, as well as New York, Boston, Seattle and Chicago. The therapy is free and completely confidential, lasting as long as the clients need it.

Veterans are not the only ones to benefit. Every returning veteran has a family that may be affected in some way by their problems.

I estimate that at least one third of my project’s clients are family members and partners of the soldiers, who are often unprepared for the challenges their loved ones face on their return from war. The project’s therapists also conduct public lectures to raise awareness about veterans’ mental health issues. Some 3,500 Californians so far have attended these events.

Within the Soldiers Project, I’ve also launched a program called “Adopt A College,” in which volunteers work closely with community colleges and veterans’ representatives to support returning soldiers. Volunteers serving as liaisons between our project and the colleges help educate staff members and faculty about returning troops’ potential psychological problems, while also referring soldiers in need of our services to our therapists.

Through a partnership with Brandman University in Irvine, Adopt A College now operates at seven Los Angeles area community colleges, and I plan soon to expand it to four more colleges, in Los Angeles and Sacramento.

A 2008 Rand Corporation survey found that one in five recent U.S. veterans reported symptoms of major mental illness. But I worry that many veterans aren’t speaking out, which means the true rate of problems may be much higher. Many soldiers fear the stigma attached to asking for help and worry that their records won’t be kept confidential. Others suffer from post traumatic stress, and thus can’t bear to be near large, busy buildings such as Veterans Administration hospitals. Still others may be gay and lesbian, and thus wouldn’t be able to be honest with military therapists under the “don’t ask, don’t tell” policy.

The Soldiers Project offers a special safety net for all these veterans and others, even as it collaborates with the military to keep reaching out to returnees in need. A group of therapists routinely attend yellow-ribbon events run by the National Guard, for instance, to get out the word about the project’s services. Military members have also helped train the project’s therapists in understanding the culture of the armed forces.

California is now home to some 160,000 recent veterans, more than in any other state, and this population is bound to increase as the military winds down the war in Afghanistan. I’m glad the Soldiers Project will be there to help them return to life in peacetime.

Dr. Judith Broder is founder and director of The Soldiers Project, and a 2011 recipient of the James Irvine Foundation Leadership Awards.

See a video profile of Broder: